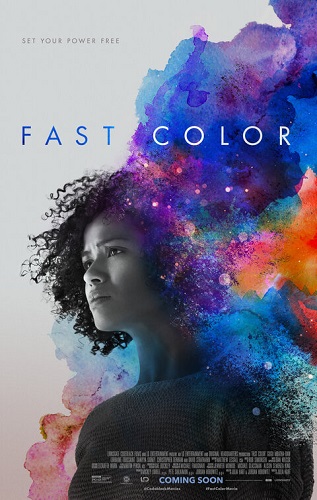 Fast Color offers an origins story with a grounded and compelling perspective, thanks to an introspective script, great performances, and solemn cinematography.

Ruth, a woman with extraordinary abilities she can no longer control, is haunted by a mysterious past. Set in a broken and drought-ridden world, we meet Ruth on the run from an unknown group that has discovered her abilities. Ruth turns to the only place she feels she can hide: the childhood home she abandoned long ago. There, she reconnects with her estranged mother, Bo, and daughter, Lila. As Bo attempts to help Ruth control her abilities, the three women start to become a family again. But when Ruth’s pursuers catch up to her, she is forced to face her demons and confront her past. 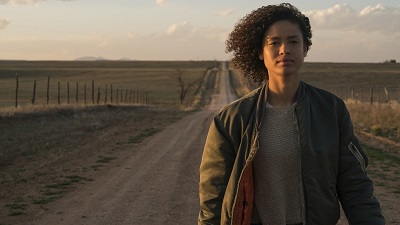 Superhero blockbuster movies are adrenaline pumping and dopamine triggering pieces of entertainment. But as Logan and Black Panther has shown us, superhero movies can deliver more than photo-realistic CGI explosions.

Fast Color has a typical origins story – a woman with supernatural abilities is on the run from the government while mankind is grappling with an environmental crises.

The movie is less rooted in its mythology, which causes some irksome plot holes. The execution is also uneven and you can see the budget constraints on the production value.

In fairness, Fast Color has something very important to say. Ruth goes through the familiar hero journey of coming into one’s own. Alongside this the film tackles motherhood, oppression and empowerment.

Fast Color is a superhero movie that doesn’t revolve around destruction. It tells us that creation is awe-inspiring and the possibilities it brings can be powerful. It reminds us what happens to a group of people treated as the “other”. Finally, it teaches us that we shouldn’t let fear – whether other people’s or our own – control us.

The slow-burning plot, use of color, and musical score create an atmospheric solemn picture about three generations of black women. Solid performances from the cast further bolsters its message. Gugu Mbatha-Raw is not in a big superhero movie,  but her role in this film has far more depth than all female characters have – well so far – in MCU.

Ruth’s journey is not a CGI spectacle of a heroine in spandex fighting a villain. Still, her journey is heroic.