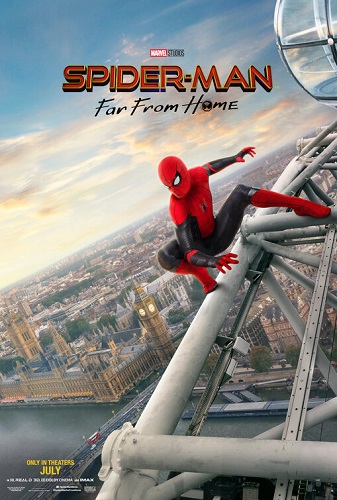 Spider-Man: Far From Home is a long-winded sequel held back by MCU duties, resulting into a disjointed story with intermittently entertaining asides, a flat romance and forced self-importance.

Our friendly neighborhood Super Hero decides to join his best friends Ned, MJ, and the rest of the gang on a European vacation. However, Peter’s plan to leave super heroics behind for a few weeks are quickly scrapped when he begrudgingly agrees to help Nick Fury uncover the mystery of several elemental creature attacks, creating havoc across the continent! 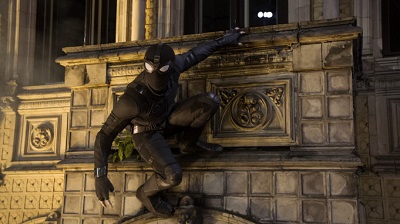 Apparently there can’t be enough Spider-man movies so the Holland lead franchise trudges on, acting as a link in the MCU universe first, teen movie second, and a Spider-man saga third.

Set after the Avengers: Endgame, this entire movie is preoccupied with being the connective tissue between the end of Phase Three and the beginnings of Phase 4, in which Spider-man becomes the heir to Iron Man’s legacy. As a matter of fact, this sequel spends more time mirroring Iron Man than continuing its own saga.

Peter is still stuck in second gear to reinforce his doubts about carrying Tony’s torch. He’s not ready to enter the big league despite defeating Vulture, facing Thanos and helping save half the population of planet earth, so he redirects his attention to focus on being a normal teen who is in love with a girl.

There’s a change of scenery but the teen elements are stunted. There’s not enough to build a convincing romance between Peter and an underutilized Zendaya, and their chemistry is as forced as the villain in this film.

Jake Gyllenhaal is great, but his pathos has nowhere to go. There’s a huge exposition dump in the third act where a reason is tacked on just so the plot can circle back to Iron Man, complete with a flashback and whodunit reveal.

Jumping from this teen romance into an Orwellian fable about today’s post-truth era doesn’t work either. Suddenly Far From Home attempts to be a superhero movie of our time where another surveillance tool becomes weapon. Sure, Mysterio is a fitting vehicle for the movie to talk about fake news, but once you find out why he’s doing this in the first place it’s so cliched I thought I was watching a True crime TV show.

A lot of the action here is a CGI spectacle that’s vivid and well-rendered enough. But unless horror house scares and evil robots is your thing, you’ll find yourself longing for the artistry of Into the Spider-verse and the fight scenes of The Amazing Spider-Man.

In fairness the cast is great and Tom Holland does his best. The asides are funny enough to pull back your attention to a movie that still can’t let go of Tony Stark. Marisa Tomei doesn’t phone it in despite being turned into a lust object for the dads of MCU.

But while Peter Parker eventually comes into his own in the end, the same can’t be said of his franchise that keeps getting held back by MCU obligations.