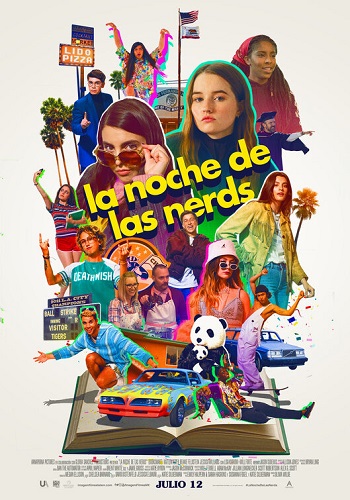 Booksmart is a buoyant and bracing teen comedy that injects a refreshing perspective to the high school movie formula thanks to pitch-perfect casting, a nuanced script, and an assured directing debut by Olivia Wilde.

On the eve of their high school graduation, two academic superstars and best friends realize they should have worked less and played more. Determined not to fall short of their peers, the girls try to cram four years of fun into one night. 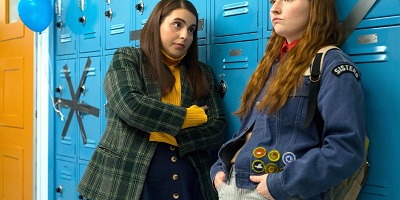 There’s always that high school movie that manages to capture the zeitgeist of its generation. Booksmart uses a different approach and in doing so, manages to deliver a story that transcends its own period.

Instead of a dorky lead Booksmart has two unapologetic smart girls who know what they deserve. Instead of focusing on a shallow social hierarchy filled with kids obsessed with social media, you have a bunch of teens just living their life. Instead of featuring a string of parties filled with parents’ nightmares you get a narrative about friendship, acceptance, and perspective.

The result is a nuanced teen comedy where the rich kid isn’t automatically popular, the jock can accurately guess your Harry Potter house, and the slut-shamed girl is as good in hand jobs as she is in LSAT. The plot bounces from one funny set piece to the next without losing sight of its core message.

Booksmart is broadly slapstick yet emphatic. There’s never a dull moment in this movie thanks to a mix of clever visuals, a great soundtrack and comedic timing. At the same time the narrative builds up to flesh out relatable themes laced with progressive lessons.

The movie breaks sexist tropes without being preachy, pokes fun at impossible female body standards and treats queerness with complete nonchalance and normalcy.  It captures that teenage phase when you think the world is out to get you so you compensate by making assumptions about everybody else. All this culminates into a third act about confronting your own faults and coming into one’s own.

The cast doesn’t disappoint too, and the chemistry is on point. They all exist in some weird bubble where everyone is a cool well-rounded achiever but the casting is pitch-perfect that you wouldn’t mind. There’s a wonderful scene here where Amy finally finds the courage to be spontaneous only to get her heart broken and her friendship torn apart.

Don’t worry this movie ends on a hopeful note. Booksmart isn’t about hard-partying teenagers to serve as a nostalgia trip for its adult writers. The movie tells us to look closer and see that the youth of today are not all tech-addled narcissists who emulate whatever they see on Instagram. They are informed enough to know what they want, what to do and do the best they can.