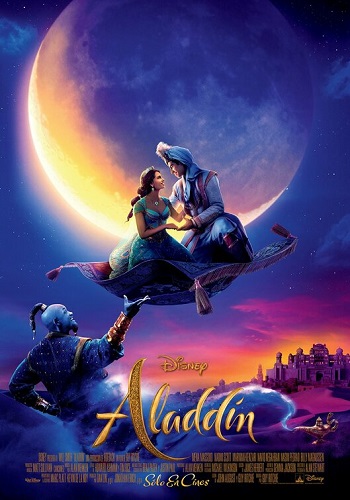 The Aladdin live-action reboot is a pedestrian family fare that can distract easily amused children, while the rest will see a bland copy of the original plagued with deflated musical numbers, cheap-looking visuals, and staid direction.

A kind-hearted street urchin and a power-hungry Grand Vizier vie for a magic lamp that has the power to make their deepest wishes come true. 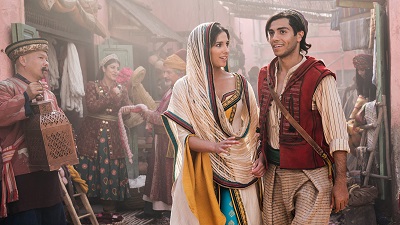 Aladdin – its problematic elements aside – is a zany animated movie that benefits from being completely out of touch with reality.

Disney attempts to capture that same magic by hiring Guy Ritchie, the dude behind the recent King Arthur, in a live-action reboot.

The results will leave you searching for the musical numbers of the original in You Tube. In fairness, this new Aladdin makes an effort with modern improvements.

The characters are given some layers of characterization. Jasmine has well-meaning political ambitions. Genie wants a life beyond the lamp. Jafar has clear villainous goals without being a homophobic trope. The sultan is not a bumbling gullible idiot anymore. The exotic stereotypes are mostly scrubbed off.

The romance part of the story isn’t that bad either. Aladdin and Jasmine has a nice meet-cute where they bond over petty thievery, dead parents and oppressive circumstances.  Menna Massoud and Naomi Scott do well enough in their respective roles.

As the plot progresses however, it becomes clear that this bland yet pleasant rom com is glued to a crappy musical. The criticisms that Aladdin has received before it was released is ultimately proven – rather than assuaged – by the final product. 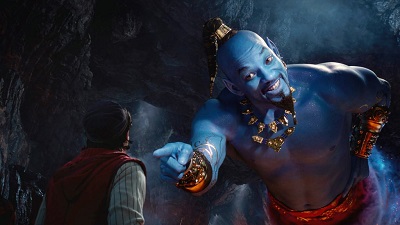 The culture references are still an amalgam of Arabic and South Asian iconography and geography, now with cheap-looking visuals. The colorful sound stage built set pieces are mixed with low-budget CGI vistas.

It feels like your watching a Bollywood-flavored stage play when it’s supposed to be an Arabian epic. Guy Ritchie’s staid direction doesn’t help, either stripping the energy or emotion of the film.

Prince Ali has been criticized online for its slow and lackluster execution. The rest of the musical numbers suffer from the same fate. The repetitive camerawork and slowed down musical numbers make everything feel labored. Ritchie still does his usual tricks and plays with the frame rate for ensemble dance sequences, but they just turn the performers into robots and songs into tacky karaoke versions. The tepid feminist power ballad “Speechless” had Naomi Scott belting in middle of a freeze frame as if its 2015.

The rest of the cast can’t do much with underdeveloped characters. Will Smith, already setback by the bad CGI, doesn’t have the voice to carry his song numbers. Jafar had to be played straight here, and that restraint seems to affect others as well.

Towards the end, when the final confrontation finally happens, everyone just stands around and makes big statements. Then the whole thing neatly wraps up as perfunctory as the rest of the film.

It can be argued that this movie is not just for millennials. Kids who are unaware of the original film and real reasons behind this reboot will have a couple of songs to distract them. Parents will have an excuse to take their kids to the cinema and as long as they expect nothing, its a mildly entertaining albeit middling musical experience for the family.

Fans who demand more however, have to dig up a reliable DVD copy of the original and get their nostalgia where it best came from.