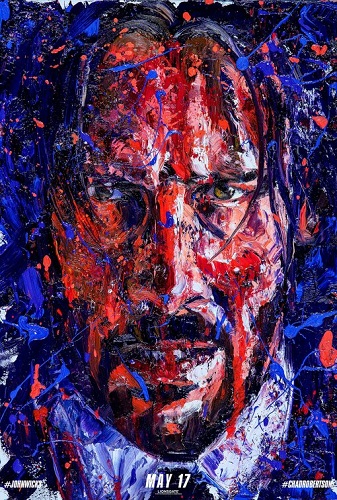 John Wick 3: Parabellum is a bloated filler in the franchise, but it serves breathtaking violence of guns, gore, and bone-shattering thrills to satiate viewers.

In this third installment of the adrenaline-fueled action franchise, super-assassin John Wick (Keanu Reeves) returns with a $14 million price tag on his head and an army of bounty-hunting killers on his trail. After killing a member of the shadowy international assassin’s guild, the High Table, John Wick is excommunicado, but the world’s most ruthless hit men and women await his every turn. 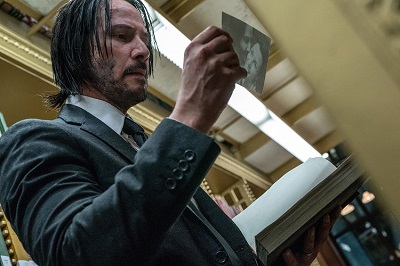 John Wick, regardless of whether how silly it all started, has earned its place among the franchise favorites.

Fans would love to know that it continues to be consistent in delivering stylized comic violence with up and close brutality. Here, every enemy has to be shot or stabbed twice for good measure, all captured without the jittery camerawork used to mask mediocre action scenes. There’s a lot more gore here compared to previous movies as gunplay is mixed with knifework and martial arts.

There’s a number of great set pieces, one of which gives us a glimpse of a bigger war to come in a world of draconian laws. Secret societies are nothing new, but the movie manages to make it interesting with its own take on tired cliches and intriguing characters that give the franchise its own personality.

Parabellum is ultimately about this secret world, how it operates, and the shaky alliances in between. Wick’s world is built on the economics of equivalent exchange symbolized by markers, gold coins, and tickets. Rules seem odd in a world of assassins, but even chaos needs a system or it will obliterate itself to oblivion.

By focusing on this though, John Wick’s story gets lost along the way. There’s not enough dramatic stakes and emotional nuance to balance the bloodlust in display. The long takes become deadening and exhausting. You can see the franchise bloat setting in, as Parabellum is really just a prelude to another savage sequel.

In fairness, the franchise stays true to what it is. Even if you only have a basic knowledge of filmmaking, you would still know the arduous effort needed to make all of this possible. The cast looks like they’re having fun too. John Wick continues to persist and kill every assassin that gets in his way, and LBR, that’s what you’re here for anyway.