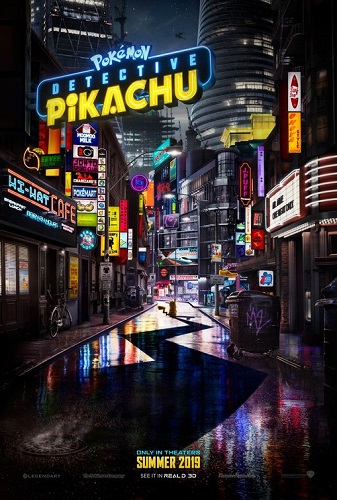 Detective Pikachu is serviceable entertainment for fans who are blind to its convoluted mystery, disjointed storytelling, and middling cuddly noir.

Ace detective Harry Goodman goes mysteriously missing, prompting his 21-year-old son Tim to find out what happened. Aiding in the investigation is Harry’s former Pokémon partner, Detective Pikachu: a hilariously wise-cracking, adorable super-sleuth who is a puzzlement even to himself. Finding that they are uniquely equipped to communicate with one another, Tim and Pikachu join forces on a thrilling adventure to unravel the tangled mystery. 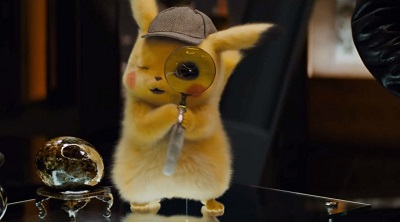 It was bound to happen. Your stuffed toy pikachu comes to life in this live adaptation, delivered yet again by studios trying to make an easy payout from millennial nostalgia.

Detective Pikachu is clearly for the fans of the Pokemon franchise. All 90’s kids will be happy to know that the pocket monsters are rendered with care. The worldbuilding isn’t bad either, even if it the movie doesn’t fully explain how the mutual existence of Pokemon and humans work.

Detective Pikachu veers away from the battle-themed origin of its source material to a PG-13 friendship story of sorts. It looks good in the trailer, with playful references to the Pokemon universe and Ryan Reynolds as the wisecracking Pikachu, but the movie proved to a corporate cash grab in the end.

Detective Pikachu is a disjointed mesh of a buddy cop comedy trying to be cuddly noir with a convoluted mystery.

The plot jumps from one set piece to the next, alternating between frantic action scenes and lazily-written sleuthing. This supposed detective story has the pace of a blockbuster action movie, so the only thing that will keep you engaged is the ability to name that pokemon. Tim spends most of his time shouting while Ryan Reynolds makes one-note jokes. By the way, this supposed kid-friendly movie has pocket monsters who turn into literal monsters after inhaling a drug, a dark underbelly of illegal Pokemon battles, and old-fashioned coercion.

Ryan Reynolds carries the entire movie all by himself, with a Deadpool lite portrayal of a yellow rodent. The rest of the human characters are uninteresting and paper thin. The cast looked bored with their plotlines, but in fairness, they don’t have much to work with.

As the movie happily ends Detective Pikachu will delight those who just wants to see photorealistic Pokemons. But hey, at least it’s not a boy who animorphed into hedgehog and got stuck halfway.