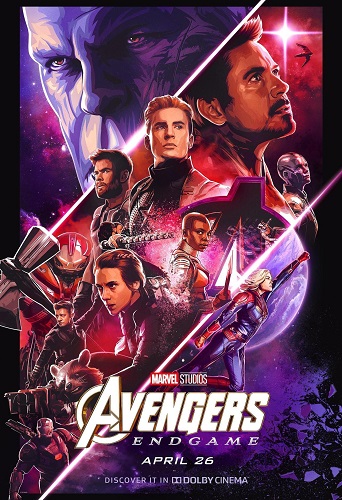 Avengers: Endgame is an epic nostalgia trip that packs enough emotional and action scenes to make fans forget that its a movie marathon of MCU Phase 1 compressed into 3 hours.

The grave course of events set in motion by Thanos that wiped out half the universe and fractured the Avengers ranks compels the remaining Avengers to take one final stand in Marvel Studios’ grand conclusion to twenty-two films.

Here we are at the end of an era.  For fans who bought their tickets a week or two before the release date, I’m happy to tell you that you’re in for unbridled fan service.

Avengers: Endgame starts with a pause as the remaining superheroes grapple with loss. While human fallibility and gloom have been introduced into superhero movies with mixed results cough DC cough, it works here.

Whoever’s left dealt with their failures like people would – copious amounts of alcohol, make do with what’s left, go on a self-destructive path, or go on fighting albeit miserably. The ensemble cast gave great performances that we are reminded that MCU may never have a dazzling group like this. The Avengers were able to flex their acting muscles for a bit, showing us what they could have done had they not been saddled with the formula of their respective franchises.

There were a lot of theories on how The Avengers will defeat Thanos and undo the snap. Unfortunately, they were more interesting than what the script has strung up together. The second act is a compressed movie marathon of MCU Phase One. This unbridled fan service zips between stale humor and emotional moments that needed Whedon’s wit. There is no sense of danger or urgency, so this 2 hour trip to memory lane is simply a detour before the big showdown.

Let’s be real here, no one cares except for film critics whose job (paid if lucky) is to analyze every filmmaking element. When the boss fight comes, it is as cathartic as it promised for every fan who has watched all the previous 22 films. It’s a fight packed with all the platitudes of heroism and showcase reel of powers. The script manages to distribute some screen time for the supporting characters and reunited pairings despite a huge casting list. There is a moment here, hinted during Age of Ultron, that had my entire row in the cinema cheering. Even I, someone who isn’t a comic book fan and watched the previous films as a critic, had my soul temporarily leaving my body.

It’s a fitting conclusion – you can’t stop the inevitable but you can make a choice to do something that is under your control. Of course, an MCU movie can never end until it plants seeds for the future of its universe. There are farewells from the original cast and hints for uncompleted franchises.

Avengers: Endgame is over the top and portentous, with a pandering all-female ensemble shot for brownie points. It’s a masterclass in corporate IP synergy – character development be damned – that DCEU can only dream off. It can also be said that it is enjoyable, subjecting fans through a wide range of emotions. It serves its purpose well enough as a blockbuster.

But anyone reading this review wouldn’t change their minds in watching this movie on the big screen. And it shouldn’t. In a post-truth era where idiocy and hatred is the norm, Avengers: Endgame is a cathartic distraction.