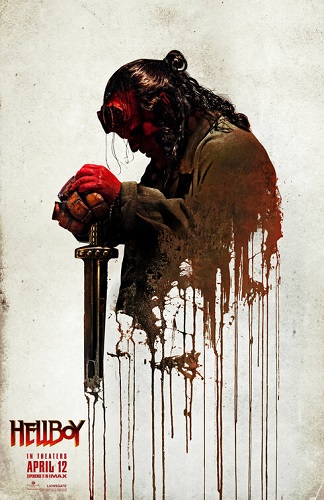 The Hellboy remake is a loud, messy and forgettable actioner with cheap visual effects, overstuffed clunky plot, messy editing, and the tone of a whiny emo teenager.

Hellboy (David Harbour) comes to England, where he discovers The Blood Queen, Nimue (Milla Jovovich), a resurrected ancient sorceress thirsting to avenge a past betrayal. Suddenly caught in a clash between the supernatural and the human, Hellboy is now hell-bent on stopping Nimue without triggering the end of the world. 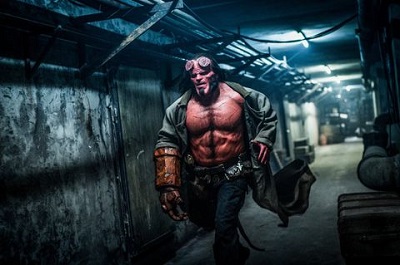 Ron Perlman followed Guillermo del Toro when he exited the Hellboy franchise, leaving a supposed trilogy hanging. A reboot was done instead to reset the franchise and introduce a new actor.

Right from the beginning, Neil Marshall and Andrew Cosby are up against a high standard that you can either fail and land on your ass or manage to get close enough to reach it with your fingertips. Unfortunately, the results are much worse.

The script attempts to do it both ways – put all the necessary elements in place to set-up the rest of the franchise and make an origins story to introduce a new lead.

As a result, the plot is overstuffed yet underbaked at the same time. Apart from the prophecy that haunts Hellboy, you also have the secret world of shady organizations fighting evil monsters, the life of an indentured monster tasked to fight other monsters, and the introduction of new members to the team.

The movie looked like it got worked and reworked until film editor Martin Bernfeld had to settle with what makes sense. The herky-jerky editing extends to the action too that sometimes it looks like you’re watching action figures clobbering each other. The cheap visual effects and videogame stock monsters make the perfunctory action scenes worse. There’s a lot of body horror and blood and gore here at least if that’s your thing.

The main question, of course, is what’s the new Hellboy like? Here he’s a whiny teenager with daddy issues. The father and son relationship is dysfunctional. Since his narrative is attacked on different sides by different plotlines in need of attention, whatever conflict or arc this remake attempts is unconvincing. The prosthetics don’t help – Hellboy looks like a cosplayer in a detailed rubber suit.

David Harbour does fine in the role and the rest of the cast do what they can. But they’re helpless against the sloppy world building and forced franchise building.

It seems that Marshal aimed to make a grittier and sillier version to differentiate the movie from the original. The execution of this studio-ordered remake turns it into a misguided attempt that doesn’t stand a chance.

The Hellboy 2019 remake is a poor death metal cover of Guillermo Del Toro’s work – a loud, exhausting, and forgettable mess.