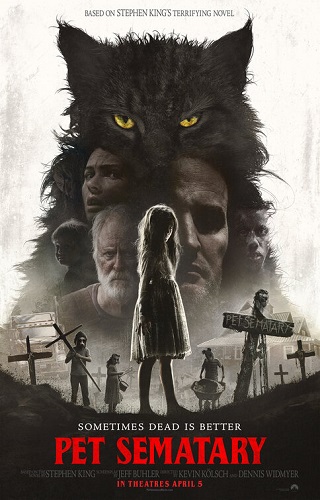 Pet Sematary is an unnecessary remake with middling efforts to justify its existence, turning a great family tragedy into a slasher flick with disposable characters and a routine plot-driven script.

After relocating with his wife Rachel (Amy Seimetz) and their two young children from Boston to rural Maine, Dr. Louis Creed (Jason Clarke) discovers a mysterious burial ground hidden deep in the woods near the family’s new home. When tragedy strikes, Louis turns to his unusual neighbor, Jud Crandall (John Lithgow), setting off a perilous chain reaction that unleashes an unfathomable evil with horrific consequences. 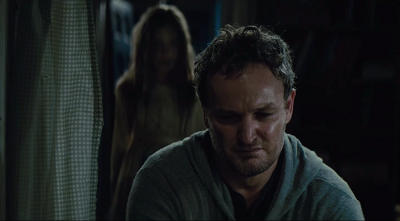 In a long line of unnecessary remakes, Pet Sematary gets resurrected for 2019.

The first act of the movie is good at setting up the plot and there are enough intriguing moments here to make you stick around for a bit. Cast performances are great, with Jason Clarke playing another unfortunate dude (this includes a dead astronaut on First Man, a cuckolded Mississippi farmer in Mudbound and a mob boss murdered by his son in Serenity). And yes, there’s a cute cat here.

Unfortunately as the remake moves along its plot driven script, its clear that this movie isn’t going to offer much beyond cheap thrills.

This Pet Sematary is a string of action pieces, barely stopping to pause and make audiences care for its characters. The horror is a combination of middling efforts to justify this movie’s existence. The suspenseful hallucinatory scares are mixed with an unconvincing CGI landscape, routine jumpscares and been there done that slasher moments.

Sure, these will satisfy viewers who just want popcorn entertainment. But the movie should have done more given its already very dated premise, a badly adapted predecessor, and a potent source material. The undead and better edited killing scenes isn’t what makes Pet Sematary horrifying. It’s how grief, loss and desperation can make you insane enough to justify committing a horrendous act.

The movie has enough pathos to turn it into the great family tragedy that its supposed to be, equipped with the right cast, sufficient creepy atmosphere, and potential imagery. There’s even a bit of a dark comedy here.

But this 2019 remake chooses to pander to its audience and make the same mistakes as its predecessor. This Pet Sematary is a creepy family story turned into a slasher flick that effectively scrubs off what’s supposed to make it scary in the first place.

When Gage is found by his family, who are more engaging dead than they were alive, it’s a creepy yet forgettable moment.