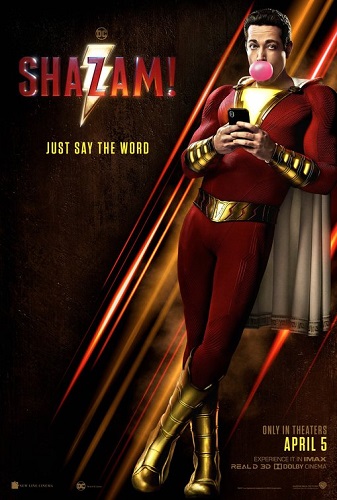 We all have a superhero inside us, it just takes a bit of magic to bring it out. In Billy Batson’s case, by shouting out one word – SHAZAM! – this streetwise fourteen-year-old foster kid can turn into the adult superhero Shazam. 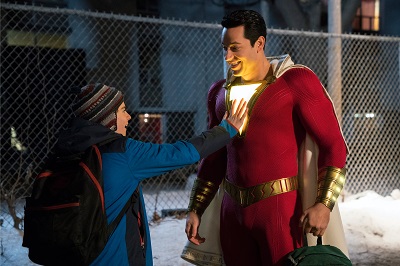 Not to be confused with the anomaly Kazam, Shazam is a departure from the Nolan lite attempts of DC to make gritty superhero movies and differentiate itself from Marvel.

Shazam is a classic hero journey that will serve as an amusing filler before Avengers: Endgame, which will mark the end of an era and break hearts around the world.

Solid performances (Levi’s hammy acting is up for debate), self-aware sense of humor and cast chemistry are the key ingredients that make this typical superhero transformation movie serviceable.

When Billy!Shazam and Freddy hang out and do what we all would do as a kid – steal money to buy video games, try beer –  is when Shazam offers kid-friendly delights as advertised. It will also generate some chuckles from the adults with its metajokes.

The rest of the movie though is plagued with the identity crises of DC.

Shazam flips between a generic popcorn flick made to attract families and a violent action movie where monsters bite off people’s heads. As a result, the action isn’t much of a thrill and the fight scenes are repetitive.

While Levi (in an unfortunate hotdog costume) and Mark Strong (in a cool supervillain leather wardrobe) fit their roles, their characters are blank slates, as part of the movie’s attempt to be a catchall for everyone while trying to be a franchise-launcher. This turns the rest of the film superficial.

There’s an interesting parallel between Shazam and Sivana’s origin stories – both shaped by a traumatic childhood and responded in opposite ways. There’s something about an orphan boy deciding to give a shit despite being abandoned. And there’s that universal appeal of rejects learning to trust each other.

It seems that character investment is too much for a popcorn movie written to compensate for the botched attempts of DC to have its own identity.

Still, Shazam offers some popcorn entertainment for adults who want to forget that their existence is essentially slow dancing to a burning planet while offering a good time at the movies for kids.