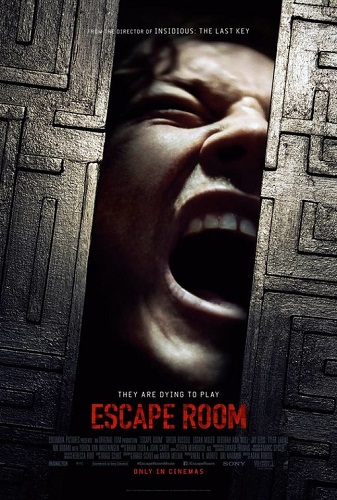 Escape Room is a serviceable enough sleepover entertainment thanks to a great cast and creative set pieces, until it gets ahead of itself and falls into a tropey rabbit hole in its attempt to build a franchise.

Six strangers find themselves in circumstances beyond their control and must use their wits to find the clues or die. 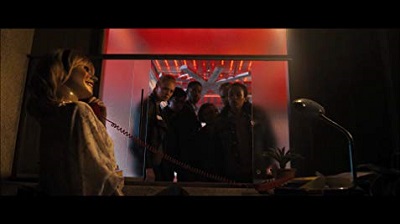 There’s one image from the Cube that’s deeply lodged in my brain from childhood and while it hasn’t appeared in a nightmare for some time – I no longer dream, thanks adulthood – tweaks to the haunted house trope has continued to exist for decades.

Escape Room, not to be confused with Escape Room (2017) and No Escape Room (2018), all have the same general scenario – a group of people must escape a series of rooms to survive. Five minutes in and the film tells you this In medias res.

Past the cheap prologue, Escape Room surprisingly offers serviceable entertainment. It plays on basic fears – getting burned alive, frozen to death etc. – but the escape rooms have clever puzzles like an upside bar with an engaging twist to musical chairs.

The clues are tied to the character’s backstories. They’re all stereotypical as expected in a plot-centric narrative, but good performances and group chemistry makes them tolerable at least. The script also manages to develop its key characters along the way despite of this so you’ll be curious enough if they can make it.

Unfortunately as the movie heads down the final stretch it can’t help but get ahead of itself.

Escape Room falls into the tropey rabbit hole as tacked on and flimsy twists takes over the third act to set-up a sequel, overstaying its welcome and rendering whatever it has done an hour before useless. The audience – including that 13 year old accompanied minor – already knows what’s up. But instead of banking on its own creativity and doing more with the familiar, the script decides to settle for less by doubling down on genre cliches.

In the end, the Escape Room becomes Jigsaw lite with a pedestrian mystery big bad and secret organization. There’s something fun here sandwiched between B-movie mediocrity. Let’s hope that should a sequel does come through, the makers behind the camera focus on honest thrills rather than a quick buck.