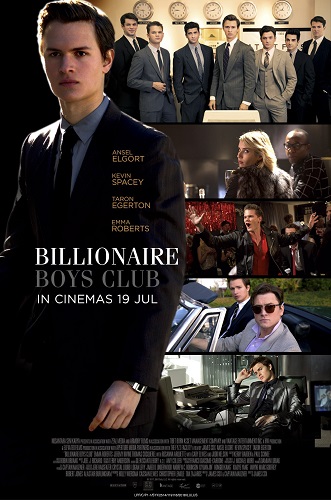 Held back by a script that’s content on its derivative B-movie offerings, Billionaire Boys Club is a half-baked morality tale that’s as forgettable as its lead.

A group of wealthy boys in Los Angeles during the early 1980s establish a ‘get-rich-quick’ scam that turns deadly. 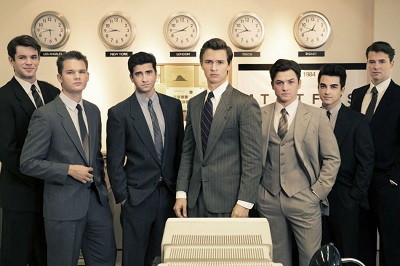 As part of its meh effort to solve its leading man crisis and boring white guy problem, Hollywood continues to invest in Ansel Elgort, a well-off actor who always manages to come off as a douche in his interviews.

Instead of the usual romantic movie he’s in a true crime story. Billionaire Boys Club is based on a real case, where a bunch of douchey bros run a Ponzi scheme with hand-me-down psychology.

“Fuck money. Being rich is about respect,” says Dean Karny, co-founder of BBC,  in a voice-over narration. The movie then proceeds to start by showing his fortuitous meeting with Joe Hunt. Dean spots Joe pitching an investment in gold after selling a car to a rich kid and strikes a conversation. Like meets like and the rest is history.

Billionaire Boys Club continues to march in a run-in-the-mill revisionist true crime story in standard Hollywood fashion – fetishization of criminally acquired wealth. The plot is as derivative as crime investigation TV shows go – the rise and fall of young ambitious men too drunk in their Kool-aid to see the forest from the trees. The boys manage to convince a group of spoiled wealthy kids to invest in their scheme, only to get ripped off by a fast-talking con man.

In fairness, the BBC is intermittently entertaining. The excess of the 80’s is a natural stage for the story. Elgort turns in an earnest performance. Spacey runs on auto-pilot, but still manages to be decent.

Unfortunately, the script doesn’t make an effort to say anything beyond BBC’s shenanigans. The movie’s underwritten characters, flat romance, and auto-pilot plot says it all. There’s a satire here that’s waiting to be developed, and the film’s dark conclusion fits, but the Billionaire Boys Club is too self-serious to recognize the irony and absurdity of its story.

All we’re left is the usual flashy suits, pretty girls, fast cars, and bad decisions. James Cox is no Martin Scorsese so while the production design here is on point, the rest of the filmmaking doesn’t hold much interest beyond period detail. The Wolf of Wall Street indulges too – it’s basically a string of parties and an Oscar bait – but adds texture and self-awareness that you get pulled in.