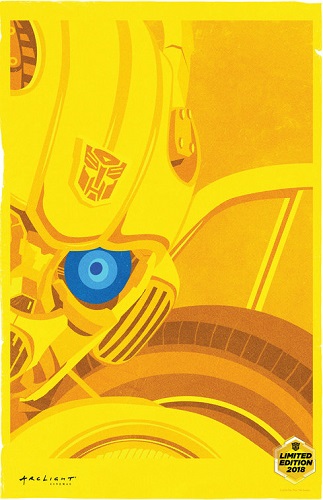 Bumblebee, atoning and making up for the empty-headed nonsense of the Transformers Bayverse, delivers a charming enjoyable crowdpleaser that successfully replicates that pleasant Saturday-morning cartoon feel.

On the run in the year 1987, Bumblebee finds refuge in a junkyard in a small Californian beach town. Charlie (Hailee Steinfeld), on the cusp of turning 18 and trying to find her place in the world, discovers Bumblebee, battle-scarred and broken. When Charlie revives him, she quickly learns this is no ordinary, yellow VW bug. [Paramount Pictures] 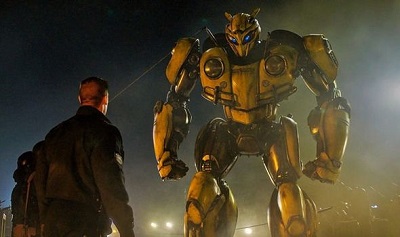 It’s amazing what the right director and writer can do to a crowdpleaser.

The Transformers franchise has been nothing but a macho vehicle for Michael Bay – cool cars, hot chicks and explosions – that gave him the freedom to make 5 Republican action movies. Now with a female writer behind a female-led film, there’s no leering camera, forced romance, and femme fatale bullshit. In the hands of a director whose not pre-occupied with reactionary politics, there’s no self-importance and ultra-patriotism.

With a well-written script that knows how to plot an emotional arc, coherent action scenes, a clear awareness of its young target audience, and great performances across the board, Bumblebee is a simple yet enjoyable narrative about friendship, grief, and courage.

So when the soundtrack throws another 80’s hit it doesn’t feel like a ploy to get older millennials to spend money on movie tickets for nostalgia and their kids. When Bumblebee does the Breakfast Club fist pump in response to a soldier salute, it doesn’t feel like a cheap pull for sentimentality. When the Decepticons are shown, they don’t look like an entirely different alien specie from the Autobots.

If Micheal Bay was still directing this movie, Charlie would have taken up that dare. After she strips down to her undies and the camera leers over it slow motion of course.

It doesn’t surprise me that Bumblebee is conscious of his predecessors’ past and the makers of the film seem intent on atoning for it. It focuses on three things – an appealing heroine, an adorable vulnerable robot, and a heartwarming tale that a 5 year old can understand. The movie could have used more action scenes,  better set pieces, and doesn’t really offer anything more compelling than what we’ve seen before.

Still, Bumblebee isn’t here to explore questions about space, war, and robot sentience. It is a movie that is meant to replicate that pleasant Saturday-morning cartoon feel. And it does.

Bumblebee is an enjoyable and relatable movie for the young and the young at heart, where the bond between a girl and an alien robot reminds us of the humanity that’s in such short supply these days. And this time, I didn’t mind the promise of a sequel in the horizon.