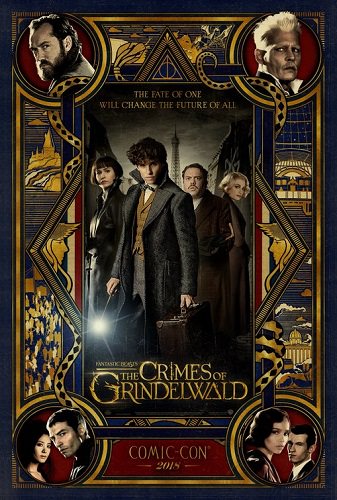 Fantastic Beasts: Crimes of Grindelwald is a visually impressive action adventure bogged down by a muddled story, narrative inconsistency, a sorely miscast villain, and sequel-itis.

At the end of the first film, the powerful Dark wizard Gellert Grindelwald (Johnny Depp) was captured by MACUSA (Magical Congress of the United States of America), with the help of Newt Scamander (Eddie Redmayne). But, making good on his threat, Grindelwald escaped custody and has set about gathering followers, most unsuspecting of his true agenda: to raise pure-blood wizards up to rule over all non-magical beings. In an effort to thwart Grindelwald’s plans, Albus Dumbledore (Jude Law) enlists his former student Newt Scamander, who agrees to help, unaware of the dangers that lie ahead. 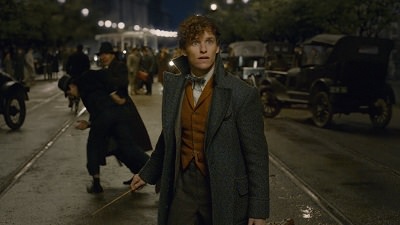 I don’t blame J.K. Rowling for milking the wildly successful Harry Potter franchise. The results so far however – well for the Fantastic Beasts anyway – is a hit and miss.

Fantastic Beasts: Crimes of Grindelwald is a visual feast. Portterheads who want to explore unseen parts of the Wizarding World are in for a treat. Warner Bros. spent 200 million (excluding marketing costs) in this movie and you can see it in every frame.

The worldbuilding is infused with character, texture and age thanks to detailed visuals and production design. The plot, half an action adventure and half a detective movie, takes you around America, England, and France. It’s book-ended by immersive action sequences with seamless computer-generated effects.

That’s pretty much it. Crimes of Grindelwald suffers from a grave case of sequel-itis.

The movie is easy to follow based on its summary – the younger sexy Dumbledore sends stuttering otherwise precious cinnamon roll Newt to find cheekbones to die for Credence before ugly ass Depp Grindelwald gets his hands on him. When the movie attempts to tell its story however, it’s confusing to know what the hell this is all about – manipulation, a love triangle of sorts, thorny family issues, and a retconned cop out gaymance.

The movie is more concerned with assembling and placing expository pieces in place for future sequels. So it piles on new characters, new locations, and new themes but exploring none of them. Worse, this sequel is plagued with narrative convenience that as if the original characters didn’t exist in the first movie.

Crimes of Grindelwald is made tolerable by performances of overqualified actors. Depp does what he does, but he’s clearly not the actor for this role even if we set aside the art from the artist. The scenery-chewing seductive supervillain character that Colin Farrell gifted to this franchise is gone, replaced by a caricature villain. The movie is interested in how people’s response to his ideology – both in allegiance or opposition – create similarly violent results but left unexplored and underutilized.

The result is a travelogue peppered with superficial franchise details. There’s no sense of mystery, magic or discovery, even when panoramic shots of places and ministries fill your screen. Crimes of Grindelwald just wants to tell you that this is only the second installment to a five-part franchise.