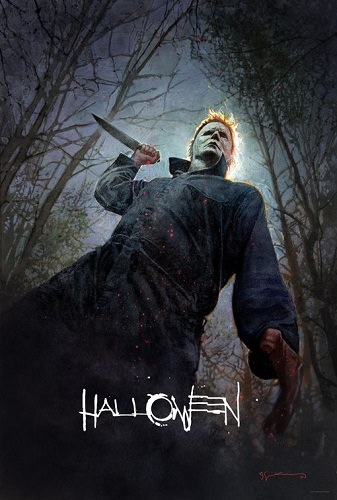 Halloween wastes its potential to become more than just fan service by underserving a nuanced anti-heroine because of a misguided script and misplaced humor.

Laurie Strode comes to her final confrontation with Michael Myers, the masked figure who has haunted her since she narrowly escaped his killing spree on Halloween night four decades ago. 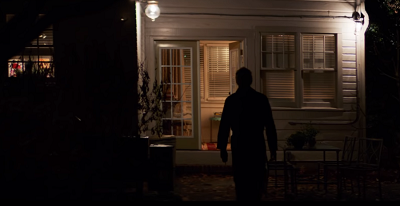 The Halloween franchise – sadly – is a great example for sequels done badly. But fans of Carpenter’s classic don’t need to be worried because the new reiteration serves as a direct sequel.

This Halloween 2018 reiteration, targeted towards the fans of the original and those subjected to the sequels and became fans of the original, is peppered with fan service and Easter eggs. It’s a well executed nod to the Carpenter classic. It’s not quite sure whether to be a gritty lo-fi or slick contemporary slasher, but there is impressive imagery here. Playing with focus, shadows, and angles, Halloween (2018) is nicely shot.

What really elevates this sequel though, is its irreplaceable lead – Jamie Lee Curtis. The 11th Halloween movie tosses aside whatever happened in the sequels prior. The Laurie Strode here is a rarely nuanced female character in horror movies. She’s turned into a grandmother who’s straddles the line between unhinged and badass.

Unfortunately, her performance is underserved by a sequel with well-intentioned but misplaced decisions.

The script lacks focus as it leans too much on nostalgia. The writers try to replicate the original while juggling different narratives and injecting broad humor. Worse, the movie squanders its biggest potential. 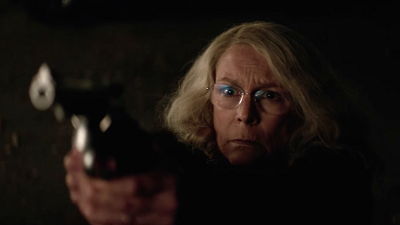 Instead of exploring the matriarch’s story that’s ripe for a long overdue head to head showdown, the movie focuses on the 3rd generation Allyson Strode. Andi Matichak looks like the granddaughter of Curtis, but her character is too one-dimensional to care. Other characters are also underwritten so they’re just dead weight to a story that should be about catharsis, both for its lead and its audiences who have waited for 40 years for a proper reunion.

There are other interesting ideas here that can be stringed together for a different perspective – a multi-generational family wrecked by paranoia; the twisted dynamic between predator and prey. It can even delve into the parallel between a Laurie and Allyson – one has gone to hell and back, the other is oblivious and still have much to learn.

Unfortunately the script’s better ideas – PTSD, Stockholm Syndrome, family dysfunction – are overshadowed by a routine slasher flick – the big bad goes after some teenagers, one of which is tied to a dark history. The plot eventually goes to the right direction but gives Laurie too little and too late.

When you have a stellar lead, a keen eye for visuals, and 4 decades of sequel amnesia, there’s a big potential here to revitalize a franchise instead of just doing fan service. Several movies have proven that a good sequel can exist in the right hands.