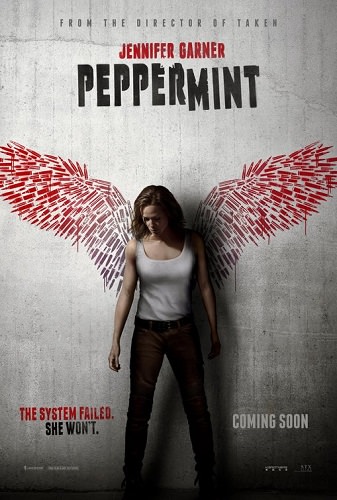 Peppermint is a cheap looking cliche ridden action movie with a lead actress who doesn’t deserve its trite script and perfunctory execution.

Riley North (Jennifer Garner) awakens from a coma after her husband and daughter are killed in a brutal attack. When the system frustratingly shields the murderers from justice, Riley sets out to transform herself from citizen to urban guerrilla. 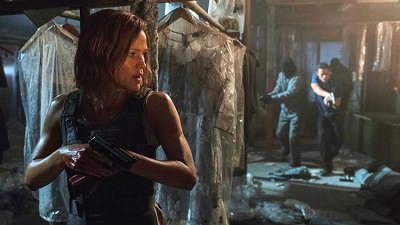 One of the things that are long overdue in female-led action films is a franchise with Alias star Jennifer Garner.

Finally, she has her chance with Peppermint. It’s an action movie that could’ve starred Jason Statham if the role was a male. Garner, an actress that Hollywood doesn’t know what to do with because it’s more adept at sticking women in a romance subplot, easily shines with a vulnerable and steely performance. And yes, she does look the part.

Garner can definitely do more than a Jason Statham movie but unfortunately, that’s all what Chad St. John and Pierre Morel could ever give her.

The opening sequence of Peppermint reminds you of a movie made between late 90’s and early 2000’s – a grainy aerial shot of LA (?) against a track sample of Evanescence. Everything goes downhill from there.

Peppermint has all the cliches that you can expect from a B-movie action that Statham doesn’t mind churning in his career.  A family tragedy in an amusement park, Mexican gangs and the cartel, corrupt cops and paid judges, are all stringed together for a run-in-the-mill revenge plot.

The action sequences are also as perfunctory. The shaky camerawork and handpicked slow motion is used to compensate for the lack of creativity in its run and gun scenes. The shootout in the Mexican drug lord’s mansion looks serviceable enough as long you don’t expect anything gritty like Atomic Blonde or sharply choreographed like Haywire.

These are not the worse part. Peppermint robs Garner of a proper action movie franchise of her own. Riley North disappears for five years to train herself. Yet instead of using this side of the story to show her transformation while she undergoes catharsis as a proper introduction, we’re given a forgettable cliche-ridden film that’s beneath its lead actress.

As a cynic I find it easy to believe that Peppermint was set-up to fail. There’s many female-led films with male director for hires that result to movies that are mediocre at best (recently Ocean’s 8). It’s as if the studios got all annoyed with calls for diversity, grabbed a script from the bottom of the pile and attached a compliant director to it. Jennifer Garner at least, proves that she can carry an action blockbuster and certainly deserves better.