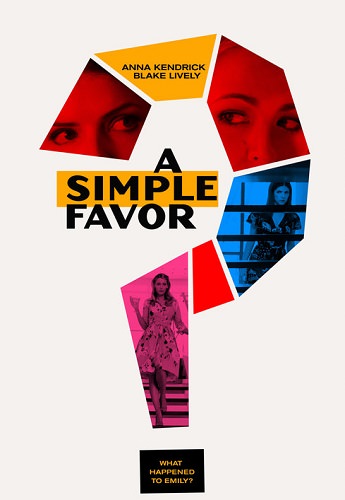 A Simple Favor is A Gillian Flynn knock off whose serviceable trashy entertainment is crippled by a rushed, messy, and predictable script with derivative characters.

Stephanie (Anna Kendrick) is a mommy vlogger who seeks to uncover the truth behind her best friend Emily’s (Blake Lively) sudden disappearance from their small town. Stephanie is joined by Emily’s husband Sean (Henry Golding) in this stylish thriller filled with twists and betrayals, secrets and revelations, love and loyalty, murder and revenge. 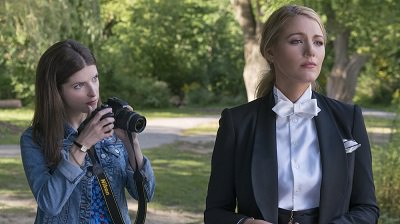 Good girl gone bad is a trope as old as time but when its done right it can be a fun movie that you can escape in for an hour or two.

A Simple Favor promises to be exactly that – a trashy thriller for the mommy blogger audience. Judging from the popularity of 50 Shades of Grey and Twilight franchise among middle-aged moms, a lot of them don’t demand much apart from campy escapism. The first half of the movie is interesting enough, thanks to the great chemistry of its leads.

Anna Kendrick and Blake Lively are a perfect fit for their roles. Kendrick plays a role that’s in her wheelhouse and she’s capable enough to add a neurotic vibe to another preppy character. Lively has proven that she can act through The Shallows and Age of Adaline. She easily steals the spotlight from Henry Golding. The Crazy Rich Asians alum is leading man material. A smooth British accent definitely helps in breaking into an industry who thinks subtitles is reason enough to make remake.

The man in the picture doesn’t matter much anyway because the plot revolves around the toxic friendship of two women. In the surface they are polar opposites, but as plot twists go, they are actually the same. The chic production design, right amount of flashbacks and great performances make A Simple Favor enjoyable enough until it fizzles into a Gone Girl knock off.

A Simple Favor throws everything at the wall and use whatever sticks. The movie vacillates between suburban satire, goofy comedy and trashy thriller. The only thing convincing is the obvious shippable chemistry between Kendrick and Lively. At some point the plot acknowledges this and – to the delight of Bechloe fans – add in a kissing scene that’s not in the book.

“Just another Tuesday baby,” Emily coos as she comforts an embarrassed Stephanie after a spontaneous smooch, whose gif is in heavy circulation in Tumblr while the movie is still in theaters. Their characters aren’t grounded enough to make the movie’s mood swings work, so what you have is another two women pitted against each other. The only thing refreshing is that its the male characters’ turn to be the furniture in the story.

Things turn for the worse when the plot finally unravels in a rushed third act. Without characters that you can love to hate (and pity), it’s a glossy cliched thriller posing as a gripping twisted story about women breaking bad.

Nonetheless for its target audience, a glossy cliched thriller with french pop tunes may just be what they need for a casual movie night. The Kendrick gay fans certainly don’t mind her kissing Blake Lively in a suit.