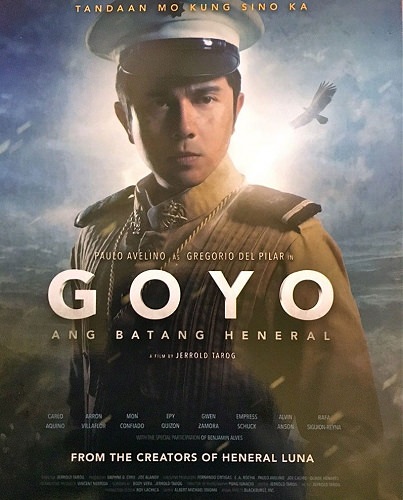 Goyo (Ang Batang Heneral) is a well executed historical epic whose story serves as a pervading allegory for the Philippine government, thanks to a well executed script that goes beyond a semi-biographical look at Gregorio del Pilar’s last days to tackle cronyism and cult of personality.

The story of Gregorio “Goyo” Del Pilar, the youngest general in the Philippine-American War, in his last days leading to the Battle at Tirad Pass. 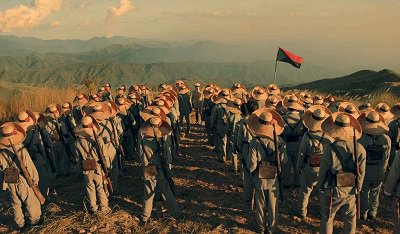 Much of the hype surrounding Goyo sadly came more from the casting of Paulo Avelino than the subject it will tackle. Fortunately the makers behind this film is much more invested in the story.

Goyo is a subdued historical movie that serves as a sequel to the propulsive Heneral Luna. While the backdrop looks staged rather than naturalistic, it is still a commendable effort considering the details in the production design. You can’t compare it to big-budgeted war movies overseas but its thankfully not plagued with lousy special effects. There’s not much fighting scenes here as the story is more focused on political intrigue, but cinematography makes it count towards the end.

The cast does well, even though most are more mestizo/mestiza than their original counterpart.

The strength of the movie lies in a well executed script that parallels two narratives that reflect each other. On one hand you have a drama that focuses on the behind the scenes politics during the Philippine-American war. On the other you have a semi-autobiographical story about a short-lived legacy of the youngest general in it. Emilio Aguinaldo values loyalty over competence that he would rather have a young impressionable soldier over a skilled veteran who doesn’t agree with him.

While the masses celebrate their heroes, the well-trained and better equipped Americans put their plans into place. It’s the classic pincer move that any military leader would naturally anticipate, but pride and power take precedence over public service.

There is only one way this movie is going to end and knowing it beforehand doesn’t dull its powerful message.

And last but not the least, the movie reminds us that pride can lead to our own downfall.

To any Filipino – those who are woke anyway – this sounds sadly familiar in today’s political climate. The 6% inflation rate is the final nail to the coffin, but that’s after a misguided bloody drug campaign, a series of embarrassing statements, and a cringey i-pepederalismo jingle.

The worst part is The Trump of Asia was elected.

Heneral Luna shows us that the Filipino is its own enemy. Goyo tells us that they are also their own enablers.