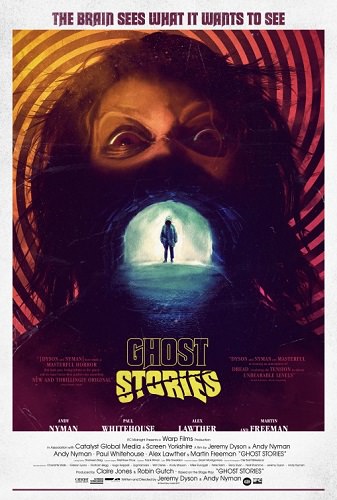 Ghost Stories is an unexpectedly effective homage to an old-school subgenre, thanks to great performances and well-staged ghost stories within a ghost story.

Professor Phillip Goodman (Andy Nyman) has devoted his life to exposing phony psychics and fraudulent supernatural shenanigans on his own television show. His skepticism is put to the test, however, when he receives a file of three chilling, inexplicable cases. Each of the these macabre stories seems to have a sinister connection to Professor Goodman’s own life. Will they make a believer of him yet? 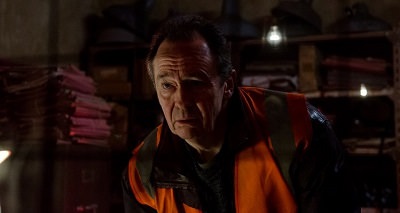 The horror genre doesn’t get much respect compared to drama. It is generally seen as the purveyor of cheap scares and low-budget gore that recent films like The Witch, Babadook and Hereditary were labeled as “smart horror” or “elevated horror”. All the while jump scares are the bread-and-butter of modern horror films. Nonetheless, whatever your opinion about the genre maybe, it can’t be denied that it can still be effective in the right hands.

Ghost Stories is literally just that, but it’s an effective homage rather than a lazy reiteration. It has three standalone ghost stories that riff on classic creepy tales – a haunting in an abandoned asylum, a scary encounter in the woods, and an ominous apparition in an empty home. The scare tactics are all familiar – footsteps in the dark, a creepy voice out of thin air, and a sudden drop in temperature. But they are all staged well that they conjure the nostalgic terror of simple uncomplicated supernatural tales.

The movie benefits from the subtle flourishes and slow buildups that come with this kind of horror. The unsettling locations, accounts of questionable yet relatable regular folks, earned jump scares, and details that suggest an overarching narrative all create an atmosphere.

Each ghost story is thematically linked to another one hiding in plain sight. Phillip Goodman has a rational explanation for each of the case, but they don’t explain everything away. People see what they want to see. People are shaped by their past. And even intellectually smug professors like Goodman are still people, no matter how right they can be.

Performances are great all around that when the familiar plot twist comes it still hits you with a jolt. A hostile nightwatchman, an intense young man, and a smarmy anti-Semite all become interesting subjects in their own way. You want to see Goodman be proven wrong to knock him down a peg, but you also have an inkling that he may have it worse than all of them.

Ghost Stories is as plain as a creepy supernatural tale by the campfire in the middle of the woods. It’s not going to spur discussions like Get Out or make you call your dad like A Quiet Place. The story would have had a more lingering effect if it were given an ambiguous treatment and followed through with its premise.

Still, it has engaging elements that elevate it past your typical ghost story. In the end what’s truly horrifying is our own memories and guilt regardless of how they manifest.