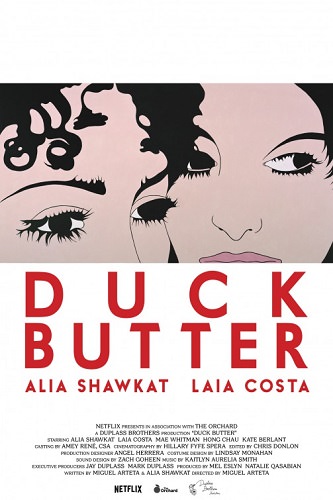 Duck Butter falls short of its aspirations to provide insight about intimacy as it gets setback by an inadequate script that fails to take its daring premise past a silly sex game.

Two women, who are dissatisfied with the dishonesty they see in dating and relationships, decide to make a pact to spend 24 hours together hoping to find a new way to create intimacy. 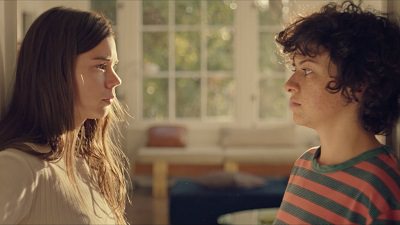 It doesn’t take a genius to figure out that building intimacy in 24 hours is not going to work in reality. But it’s still a novel idea worth exploring in fiction. There’s still space to explore attraction in the age of algorithm-based dating.

Duck Butter was co-written by Alicia Shawkat of Arrested Development fame. She turns in a good performance with Laia Costa. The production design and cinematography add a lived-in world with bright open spaces that these two convincingly inhabit.

While the movie does have a daring premise, the script leaves much to be desired.

There’s the stereotypical realistic/conformist vs. idealistic/boheme difference in personalities. Naima is a convincing enough of a character who’s too smart for her own good. On the other hand Sergio is conveniently written to mess her up.

All the while the movie doesn’t really explore what this 24-hour intimacy means for these two people other than getting deprived of sleep and having sex every hour. Their supposed pillow talk of naturalistic conversations are pat confessions. The intimate scenes look more like an introduction to how lesbians have sex rather than two strangers try to conjure passion out of a sex game. The entire treatment feels staged which made the chemistry between the two unconvincing.

Duck Butter has a novel idea. Unfortunately it can’t hit the open-ended complexities that the Weekend, a similar movie that explores attraction and intimacy constrained by time, was able to poignantly achieve.