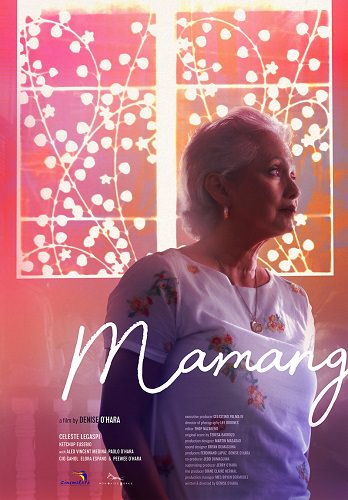 Mamang is a charming feel-good movie about senility thanks to a script that deftly blends lighthearted humor to a bleak subject, bolstered by great performances from a cast of endearing quirky characters.

A old woman struggles against the senility of old age so she can be with her middle-aged son. 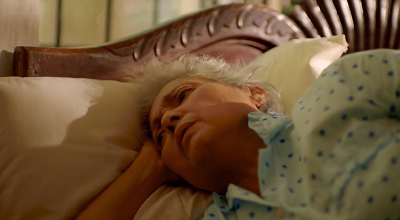 Cinemalaya is not always about grit and grime. Every now and then it also offers feel good stories that could pass as a mainstream movie and definitely better than what’s usually offered in the mainstream.

Mamang is a tear-jerker masquerading as a comedy. The plot goes through the struggles of an old woman dealing with senility through humor, with quirky and optimistic characters that are instantly likeable in the first 5 minutes. At the same time the script doesn’t forsake the reality of her predicament for laughs as the story keeps a sense of desperation and unease. A soldier who keeps eating the food in the house becomes a running gag, but eventually we are shown the dark truth behind this hallucination.

Veteran Celeste Legaspi is a welcoming sight as the old mom whom every Filipino can see their own – at times grumpy, definitely outspoken, armed with biting wit, and always has food to serve. She has a great chemistry with Ketchup Eusebio who plays her devoted son Ferdie. Other characters from Mamang’s past make their appearances throughout the story. As it drops clues along the way we eventually piece together a tragic past of a lost love and marital woes, juxtaposed by the loving relationship between a mother and her gay son.

The production design is as charming as its characters, accompanied by a bright cinematography that helps the audiences figure out the twist even before it lands. The contrived set-up reduces its impact, but you’ll be enamored by Mamang that you don’t mind its bittersweet happy ending.

Mamang is an accessible Cinemalaya entry that mainstream audiences can appreciate. More importantly,  it tackles a serious subject through comedy without creating laughs at the expense of its lead. It’s a feel good movie that’s deserves a second viewing if it gets a regular release in the cinema.