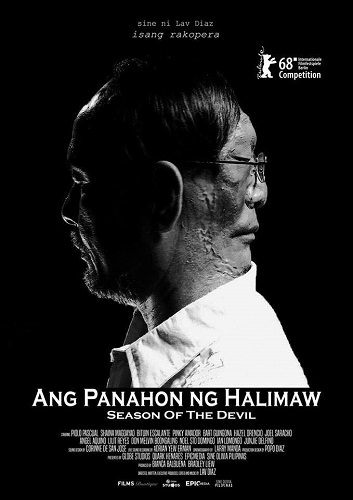 Panahon ng Halimaw is an overdrawn incoherent rock opera that stands as an allegory for Martial Law that only Lav Diaz fans will fully appreciate.

In the late 1970s, a military-controlled militia is oppressing a remote village in the Philippine jungle. Fearless young doctor Lorena opens a clinic for the poor, but disappears without a trace shortly afterwards. Her husband, the poet, activist and teacher Hugo Haniway, wants to find out the truth of his wife’s whereabouts. When he arrives, he is confronted with a community shattered by despotism and violence. 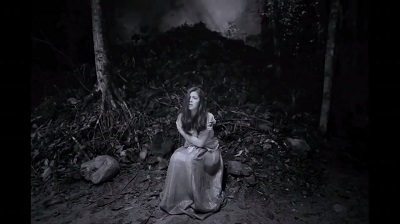 There’s nothing else in Philippine history that has changed the country more than Martial Law. It set a precedent for the following years that today, it’s one proclamation away from the Trump of Asia.  As a consequence, there has been numerous films about it, often tackled along with the vicious cycle of poverty and violence that its society can’t escape.

Ang Panahon ng Halimaw (Season of the Devil) is yet another film about Martial Law but Lav Diaz strips its down to the fundamental basics. Using a small town as its backdrop, we see how anyone with enough power can manipulate the masses through propaganda, fear-mongering, and military control. The movie shows us that the horrors of Martial Law can be replicated anytime and anywhere.

Diaz tells this story through a deconstructed musical. Bituin Escalante easily shines as the narrator. The rest of the cast are also committed that even if they’re not professional singers their performances compensate for it.

What truly stands out from this movie though is the cinematography from Larry Manda. Black and white compositions aided by camerawork create portraits with amazing depth perception that every scene looks like a contemporary Rembrandt. It’s a bleak world where characters either sing their emotions or ruminate in silence.

As a musical though, the focus is ultimately on the chants. Yes, Panahon ng Halimaw doesn’t have songs nor a musical score. It is what makes the movie unique yet flawed at the same time.

The chants contain heavy-handed messages (the movie makes a literal statement at some point) sung acapella. The lines are repeated three times with the same melody by characters who are meticulously positioned against a still frame. The whole set-up is repeated for 4 hours, eventually wearing down your patience and almost immediately rubbing off its novelty.

The rest of the movie doesn’t have any structure too. The narrative jumps from one character to another making it difficult to connect with. With a monotonous glacially paced plot, vapor thin story and grating music, this is actually one of those movies that you can justifiably walk out of.

In the end, what you have left is a bunch of artfully composed set-pieces and not much else. Panahon ng Halimaw is a technically accomplished film. But it’s both inaccessible and flat.