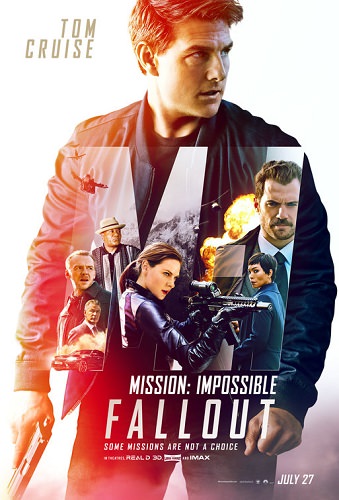 Despite veering the franchise away from its roots, Mission: Impossible – Fallout still manages to be the best installment to date thanks to action choreography, relatable stakes, and cast dynamic. 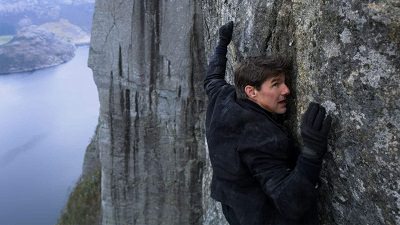 The Mission Impossible franchise manage to consistently churn out summer blockbusters, mostly because Tom Cruise is dedicated to do crazy shit. Audiences watch these movies to see him do these things that they wouldn’t. While that has sustained the franchise so far, viewers are gonna need more than just Ethan Hunt scaling another skyscraper at some point.

Fortunately, Fallout is more than just Cruise’s dedication to put his nearly 60 year old body on the line. It’s a continuation of Rogue Nation and focuses on the consequences of Hunt’s choices.

There are still edge of your seat action sequences involving a plane, a car, and a motorcycle. Hunt is still fighting epic brawls when not running around rooftops. There are still bombs to diffuse and ticking clock showdowns. There’s still terrorists bent on creating a new world order to stop. On top of these staple MI elements, there’s a formidable rival, personal stakes and relevant questions. How do you choose who to sacrifice? What is one life really worth?

In keeping with its scaled down yet relatable dilemmas, the movie focuses on its characters. The cast dynamic that has been built up in the past adds humanity to the action heavy proceedings. In one scene, Benji forgets to view a map in 3D, sending Hunt to run through an office and jump out a window. New additions to the cast add more interesting characters. Henry Cavill, who is usually a black hole of charisma, does great here as a villain.

McQuarrie does a great job at balancing these elements and delivering clean polished action sequences. Camerawork and spatial perspective makes Fallout worth seeing in the big screen. It’s a must watch for viewers who are tired of watching CGI enhanced superhero fights and need something more grounded.

While Fallout proves that the Mission Impossible franchise still got it, there’s a distinct departure here from its roots.

The 6th Mission Impossible movie is more of an action adventure than a spy thriller. Fallout doesn’t revolve around an unbeatable mission but rather implausible blockbuster chaos of typical secret agent thrills – politics, secret deals, and plot twists.

Nonetheless, Cruise has nothing to worry about because The Rock still has the claim to dumb potboilers sustained by the Chinese market. Fallout feels vital rather than just another standalone movie and its as exciting as the rest of the sequels.

Best of all, Fallout leaves us with something more than a show reel of Cruise’ stunt performances. Ethan Hunt can’t save everyone, but you can always count on him to save someone.