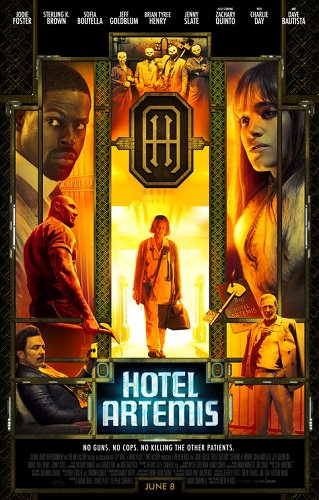 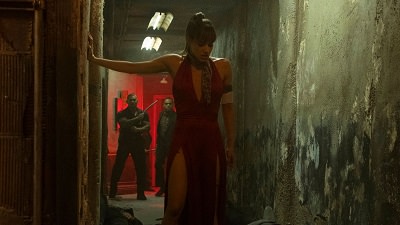 Hotel Artemis is like a disappointing book purchase. The blurb at the back cover is interesting enough that you buy it, but later on discover that’s the best part of the book.

The movie revolves around The Nurse. Hotel Artemis tries to inject some emotional heft and a purpose to the story using this tragic character but she’s comically overdone. The orderly is also a caricature, with Dave Batista doing nothing more than be intimidating.

More characters pop-up as the movie tries to justify its existence and continue to fail. The talented cast is wasted on a number of one-note criminals. The barely serviceable script does nothing worth watching with them. There’s a cop here too, but she’s whisked away to a literal narrative trapdoor. For a movie whose central idea is based on John Wick, Hotel Artemis keeps it safe and tidy. The assassin does her thing, the thief finds his way out, the mob boss gets his karma, and Hotel Artemis’ sign lights on again.

The backdrop is set in the future but reflects the present. There’s a riot in the streets over water. Acapulco is a racist arms dealer that can be found inside God-fearing republicans in America. Charlie Day can’t do anything beyond playing a raging asshole. Whatever commentary the movie makes is just tacked on to appear relevant.

Worse, all of this culminates into one fight scene, forced coincidences, and an ending open for a sequel. Hotel Artemis is a waste of a good idea and a waste of time.