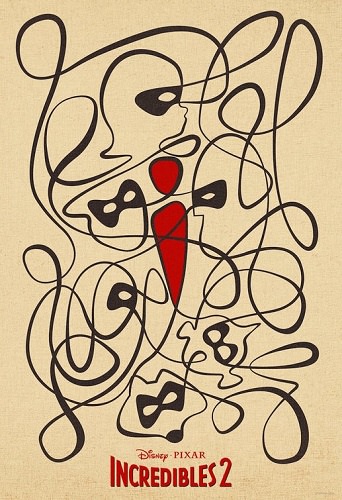 Incredibles 2’s zippy action scenes, character-driven humor and gorgeous animation narrowly saves it from clunky storytelling that juggles too many big ideas for its own good.

Helen gets a new job while the family is forced to hide their powers, leaving Bob to take care of the kids. It’s a tough transition for everyone, further complicated by Jack Jack’s emerging powers. When a new villain appears, the Incredibles must find a way to work together again or seal the fate of supers forever. 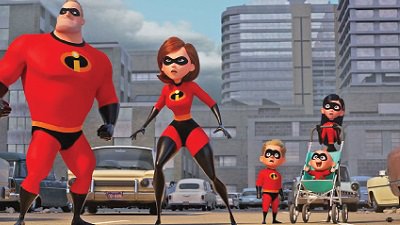 The best superhero movies aren’t about superheroes at all. The Incredibles, apart from accomplishing many firsts for Pixar, gave us a witty family drama that just happens to involve humans with powers.

It’s been 14 years since the first movie, depending on whether you’re an old or young millennial, you’re either in College now or have a family of your own. Either way, this means you’d have to put up with kids in the theater.

Don’t worry, Incredibles 2 still offers the same family fun entertainment – domestic drama, detailed characterization, and comic book theatrics. This time Helen and Bob switch duties – Elastigirl gets a job while Mr. Incredible becomes a regular stay-at-home Dad. This narrative provides side by side entertainment of character-driven action and humor against a 60’s backdrop, rendered by gorgeous animation. At the same time it adds a bit of weight to the plot as you get to see the emotional labors of parenting. Elastigirl chasing a monorail is as vibrant and amusing as Bob’s failed attempt to introduce Violet to a boy in a restaurant. Voice acting is still the same top quality, with nearly all of the cast intact from the first.

It doesn’t take long for you to settle in because it feels as if time hasn’t passed by at all. Unfortunately as the sequel moves along, it struggles under the weight of its responsibilities.

Incredibles 2 still has the same recurring themes – parenting challenges of raising kids with super powers and the frustrations of being special in a world that hammers down whatever nail sticks out – but with a lot of big ideas thrown in the mix. It criticizes the media, bureaucracy, politicians, and the law but without making a coherent argument.

Take for example the Screenslaver. The mysterious villain does have a point – having superheroes is convenient, but this can breed complacency which in turn cause a false sense of security. Unfortunately this idea is in a crowded space with other down-with-The-System ideas.

All of this is packed in a plot where another evil genius wants to stop supers from lording over their powers on regular folks. It’s a rehash of the original injected into a blockbuster boilerplate. Queue the tragic past, henchmen, and on the nose villainy. Skirmishes all lead to one big thing and ends with a routine ending.

The Incredibles 2 is still fun to watch. The movie’s well-intentioned yet jumbled commentary will go over your kids’ heads as Jack Jack keeps them preoccupied whenever he’s on screen. However, it’s clear that the movie has gone through the Disney Franchise Machinery and as a result, lost the cleverness and wit it once had.