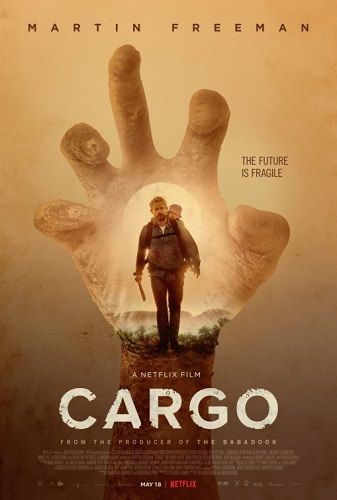 Cargo can’t make anything engaging nor compelling out of its viral video based premise with a dull script that fails to make an allegorical stab at the zombie genre.

A man and his infant daughter are stranded in the middle of a zombie apocalypse in rural Australia. And when he becomes infected, the countdown begins for him to find her protection before he changes forever. 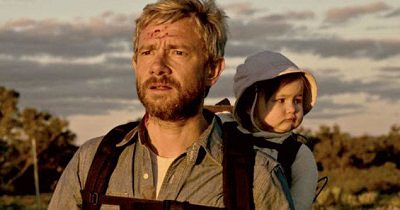 There’s a reason why certain stories are kept short, but you can’t exactly fault anyone for trying.

It starts intriguing enough, with aerial shots of the Australian outback dotted by smoke followed by a boat trudging along a river. Cargo is based on a short film that went viral, this time with Martin Freeman in the lead. The go to everyman for the Brits does his best and always prove to be reliable. There are other characters, but none of them are memorable.

Unfortunately no matter what emotional heft he tries to inject in this movie, he’s let down by a dull script.

Cargo goes through all the story beats of a typical zombie movie. Andy waves at a family at the riverbank who are having a party; the father replies by showing him his gun. He needs to find safe a place for the baby before he turns into a zombie. Hope comes in the form of Aboriginal Warriors with talks of afterlife mythology.

It’s everyman for himself dystopia combined with a ticking clock zombie thriller topped with Badass Native trope layered on a road movie. Also, there’s that one truck that manages to always survive the collapse of society.

Meanwhile, the undead are sparsely peppered throughout the plot. Cargo wants to be more than just a zombie movie, so they’re not really the threat here.

Unfortunately, neither Ben Howling nor Yolan Hamke has the capability of George Romero in delivering nuanced social subtext. The script wants to tell us that the zombie outbreak came from some moral decay. “Frack Off” a sign says. “They’re poisoning this land you know. This country’s changing. It’s sick. We all get sick. You get sick too,” an old sage warns.

This allegory is underdeveloped as the plot marches to the beat of a thinly plotted zombie flick. The only interesting imagery here are zombies burying their heads in the ground looking like people getting punished in purgatory. In the end, it’s The Aboriginal Ways that will serve as the magical cure for this plague.

It doesn’t help that the movie plods along throughout all of this. Andy walks around in circles, and just like the movie, goes nowhere worth remembering.