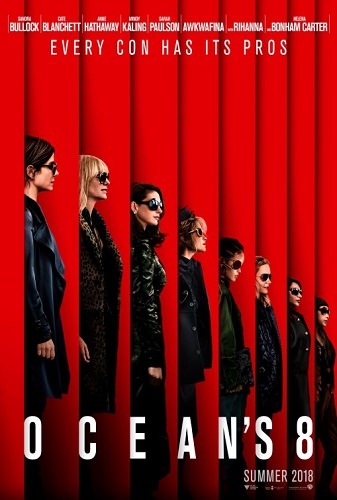 Ocean’s 8 has a talented cast, unfortunately its fierce female ensemble can’t overcome a lifeless script and a dull director as they get trapped in a hacky imitation of Soderbergh’s remake. 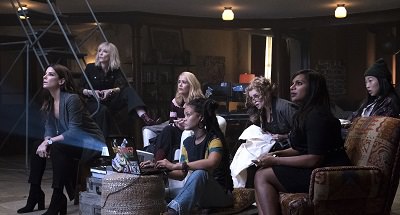 Gender-swapping is the latest tactic adopted by Hollywood studios to strike two birds with one stone – they can make money out of tried and tested properties and appear to be “woke”. Just like doing remakes of tentpole movies and creating overlong franchises out of bestsellers, it’s just another way to make a product with lower risks.

Ocean’s 8 is a spin-off of the franchise lead by 90’s leading men – Pitt, Clooney and Damonsplain. The movie is already breaking records in Hollywood just by featuring an all female cast – including three WOC – not pitted against each other and a woman eating food like a normal human being.

It does pay-off. Sandra Bullock and Cate Blanchett have cool gal pal chemistry. The script does a good job of featuring a variety of female characters, which includes a suburban mom, a fashion designer, a professional hacker for hire, a jewelry maker, a grifter, and a small-time swindler.

Unfortunately the talented cast who played them are wasted because the people behind Ocean’s 8 are either not invested or incapable of elevating it past a mediocre potboiler.

Yes, there’s jazzy music and montages, but none of the playful camerawork and score that elevated the silliness of the original. The script is lifeless and plods through basic plot points, devoid of the wit and banter that created an entertaining dynamic between the boys.

The girls are obligated to serve a franchise and have to settle with less. The movie goes through the motions of following the original’s formula without any effort to freshen it up. Debbie only has $20 grand so there’s no fancy gadgets and flashy tricks. She assembles a group of stock characters, one of which is impossibly unfamiliar with Tinder. After the planning stage that takes too long, they get roped in an underwhelming heist with no stakes.

Robbing the Met Gala is a grand idea, but the script is more keen on using the glitz, glamour and celebrity cameos to dress up Ocean’s 8. Compared to the self-reflective Ocean’s 11 where a bunch of thieves rob from a bigger thief and shake up the system with ingenuity, this spin-off comes off as a superficial knock-off.

The movie adds more twists after it wraps up, but none of them are memorable and mostly unnecessary. James Corden’s hammy acting adds nothing of value.

In the end, Ocean’s 8 makes you wish that its cast were given a heist movie of their own. Instead their tied down and underserved. It turns out that even the fiercest and talented female ensemble can’t overcome a dull male director.