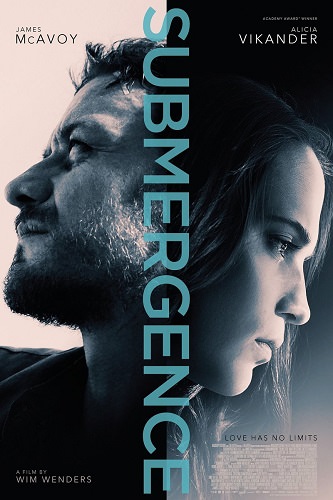 Submergence is a painterly but pretentious and lackluster star-crossed lovers story no thanks to characters that are too hollow to convince us of ideas that it fails to imbue with any meaning.

James (James McAvoy) is a British agent under the cover of a water engineer, while Danny (Alicia Vikander) is a bio-mathematician working on a deep-sea diving project to explore the origin of life on our planet. On a chance encounter in a remote resort in Normandy where they both prepare for their respective missions, they fall rapidly, and unexpectedly, into each other’s arms and a deliriously wild love affair develops, even though their jobs are destined to separate them. 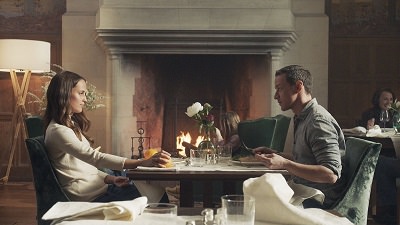 Movies with big ideas – especially the ones adapted from books – look great on paper but don’t always translate well to the screen.

Submergence is a star-crossed lovers story featuring an attractive pairing – James McAvoy and Alicia Vikander. They both look great against the backdrop of a posh hotel by the coast. Unfortunately, no matter what natural lighting and cinematography this film uses, Submergence is weighed down by vapor thin characters that whatever idea it tries to convey fails to coalesce into a compelling statement.

It’s a love story better than twilight and the two stars try to sell it as much as they could. Unfortunately their romance is as quick and hard as YA rom coms. Two people try to get to know each other but only talk about work as the script tries to float its ideas to the audience with words such as light, darkness, life and death.

Danny is drawn to the bottom of the ocean searching for possibilities that are still yet to be discovered. James is compelled to understand the depravity of humanity in his search for a solution. She dives with a submersible. He ends up in a Somalian prison. They are both submerged!

The plot makes a parallel of their separate journeys but fails to make any convincing connection. The characters are too hollow to care about, their romance is pretentious, and their struggles are contrived. Danny has prepared for this dive all her life but gets suddenly emotionally compromised from being ghosted by the supposed love of her life. Which is silly against James’ predicament as he suffers in the hands of Al-Qaeda until the script can align their narratives for the climax.

In the end, we don’t really have much except for a string of pretty pictures with pretty people trying to say something but end up convincing us of nothing.

Submergence wants to tell us about two people who are ideologically divided yet somehow connected by their ordeals. This must have looked good on paper especially in the novel, but gets lost in translation as the movie struggles to make something compelling out of its ideas.