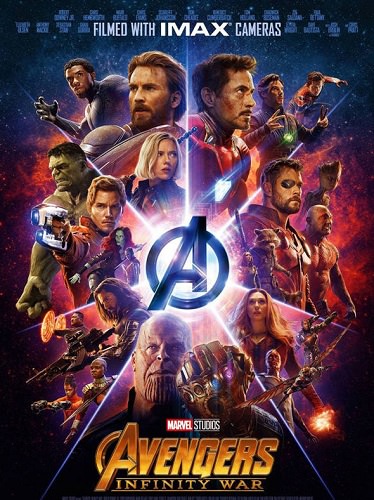 Avengers: Infinity War is a monotonous overstuffed spectacle, but it delivers MCU’s greatest hits and raises the stakes for Part 2 which will satisfy built-in fans.

As the Avengers and their allies have continued to protect the world from threats too large for any one hero to handle, a new danger has emerged from the cosmic shadows: Thanos. A despot of intergalactic infamy, his goal is to collect all six Infinity Stones, artifacts of unimaginable power, and use them to inflict his twisted will on all of reality. Everything the Avengers have fought for has led up to this moment – the fate of Earth and existence itself has never been more uncertain. 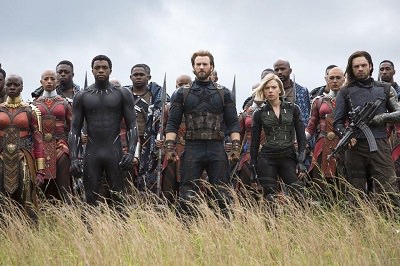 After 18 (you only need to watch 11 of them to freshen up your memory) movies and 10 years, it all comes down to this – 22 superheroes versus a purple giant with a ballsack chin.

Avengers: Infinity War does deliver everything that fans want – a montage of greatest hits with pop culture references, one-liners and a bearded Steve Rogers. Action beats and sequences are weaved together very well that even when the movie is becomes overkill, built-in fans won’t notice nor care.

The Russo brothers manages to juggle all the characters by splitting them up into fitting groups. Three of the most arrogant franchise leads team up and their wards tag along. The God of Thunder gets a new hammer with Rabbit and Tree. The Noble leaders fight side by side with their respective teams. It all culminates into one epic showdown in Wakanda where fans’ hearts will be broken.

While Infinity War will no doubt delight fans who will drink up whatever Kool-Aid Marvel serves, it is also a victim of its own success.

Part 1 is a manic monotony of one showdown after another, where spectacle takes precedence over storytelling and pacing. It’s specifically designed to serve enough and keep fans unsatisfied until part 2. There’s a number of character moments here, but unless it’s a quip with a minute worth of screen time you won’t remember it. Don’t worry there will eventually be gifs all over the internet.

Marvel has always had a villain problem and Thanos is no different. He’s your run-in-the-mill megalomaniac with flimsy motivations that fall apart at the slightest use of logic. In search for gravitas, he monologues pseudo-intellectual gibberish to justify playing God. He deems eugenics is the only solution despite having the power to turn back time, alter reality, and teleport whatever. The canon reason made more sense.

Infinity War is just more than two hours of table setting. But fans are still going to lineup and pay to see this more than once, probably in the same IMAX theater. It will please them because they’ve invested hours for every movie for every year for the last ten years of their lives for MCU. And that’s the only thing that matters to Marvel anyway.