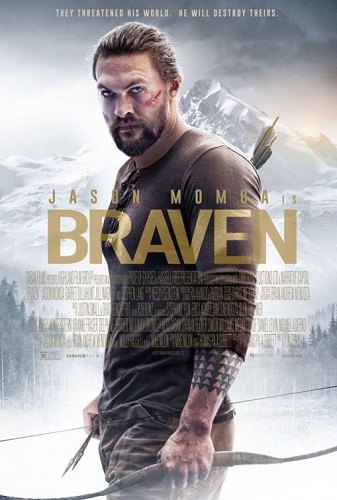 Braven is an earnest family drama, but its perfunctory action and on the nose script leaves everything so unremakable that even Jason Momoa’s charisma can’t save this formulaic thriller.

When Joe (Jason Momoa) and his father (Stephen Lang) arrive at their remote hunting cabin, they’re hoping for a quiet weekend. What they find is a stash of heroin, hidden in the cabin by drug traffickers. When the criminals suddenly descend upon the cabin, Joe and his father must make a kill-or-be-killed stand for survival. 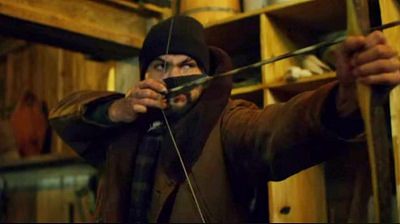 Jason Momoa has the looks to make Aquaman hot and we still have yet to know if he could redeem this often mocked superhero. In the meantime, he has self-produced movies that we can check out.

Braven is an earnest family drama despite its B-movie quality. There are some good performances here, with Stephen Lang always proving himself to be reliable even in movies that doesn’t deserve it.

Braven – from the title itself – is too obvious that it telegraphs its plot at every turn, undermining whatever foreshadowing it tries to do. So when Joe warns Weston – who we are told is unreliable because he jerks off during breaks in his truck – about the road and mentions his cabin, we already know what’s going to happen. When he goes home to a tough-guy father with mental issues and a daughter too underfoot for her own good, we already know that they will be both used in a plot point.

There’s nothing much about the characters here. All we’re given is a family dealing with a grandfather who has been acting strange since his injury.

The rest of the story doesn’t hold up well either, with a strained set-up that relies on two-bit villains making mistakes. Here you have a sadistic boss that wouldn’t hesitate to kill a man in front of several witnesses, but would hold out for a lumberjack and his old father in a cabin in the middle of the woods to get his stash of heroin.

Eventually, action happens. And what else is a lumberjack who keeps axes and arrows gonna do? In fairness the action is well staged enough – brawls, snow chases, shootouts, archery, and axe throwing fill the second half of the movie. The Braven family are each given their own screen time for some derring-do. Unfortunately, none of these are inventive. It doesn’t help that the henchmen become inept at the opportune moments to let characters get away or prevail.

Jason Momoa tries his best, but everything in this movie is littered with dead giveaways that does no favor to an already formulaic thriller. Worse, there’s little to be enjoyed from the only redeeming quality it has left – save for a satisfying arrow shot, the rest of the action beats are perfunctory.

Braven tries to sell itself as a family drama about a brave family, but the entire movie is so derivative and forgettable.