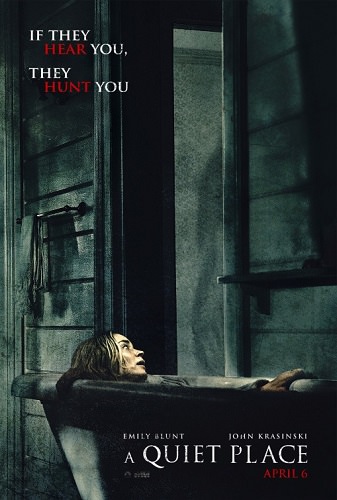 A Quiet Place is a straightforward horror with a thin plot, but its creative scares, engaging performances, and emotionally grounded script make this crowdpleasing suspense thriller a nerve-rattling tale about sacrifice, familial love and communication.

A family is forced to live in silence while hiding from creatures that hunt by sound. 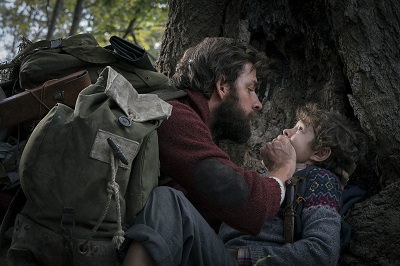 I didn’t expect Jim Halpert to direct a horror movie, but after watching The Witch, its no surprise that he wants to make his own too.

A Quiet Place has a simple but nifty set-up that lead to creative storytelling. The plot raises the stakes early on in the movie and the audience is immediately pulled into the reality of its characters – a family thrives in a silence, but its merely a false sense of security in a life that’s a single sound away from death.

The combination of sound design and imagery provides a number of nerve-rattling moments. Be careful not to sit next to a loud snacker because sound editors created different sonic points of view that enables the audience to experience what the characters and the creature hears. First time director John Krasinski is able to bring this all together to create breathtaking sequences, so while a character running through a cornfield is a horror staple, it’s still scary in A Quiet Place.

The cast deliver great performances that when the movie uses its premise as an allegory for our failure to communicate, the plot delivers an emotional punch in one pivotal moment. This is a movie that not only uses its greatest assets to scare you but also shows how it psychologically affects its characters.

A Quiet Place still marches to the beat of a straightforward crowdpleasing horror, and suffers from the same telegraphed scares and questionable movie logic that plague this genre. There’s definitely a much creepier movie here that could do away with the musical score.

Still, A Quiet Place is filled with enough creativity to make it stand on its own. Moreover it’s not just about a family of four trying to survive in a post-apocalyptic world. It’s also about the sacrifices we need to make and the words that shouldn’t be left unsaid.