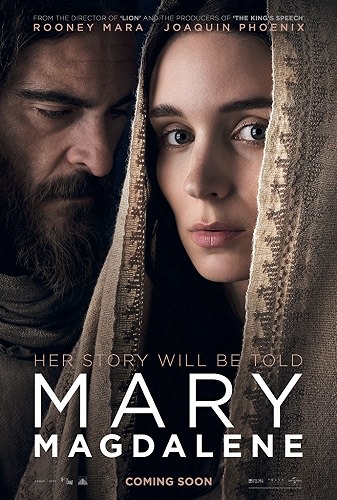 Mary Magdalene is an unconvincing feminist slant on the Jesus Christ story that will lull you to sleep despite its painterly visuals and moving musical score, no thanks to staid monotonous storytelling.

The story of Mary Magdalene 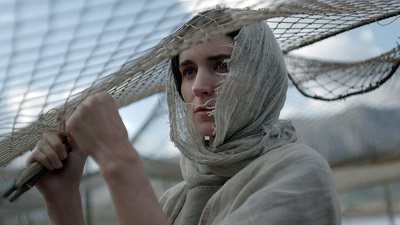 Mary Magdalene has long been maligned. According to history she’s either a prostitute, a concubine, an adulteress or the repentant sinner. With her liturgical celebration bumped to a feast by the Pope Francis which makes her equal with the apostles, the obvious course of action is to make a film to shed light on an old pervasive myth.

Here we have another whitewashed Jesus Christ. In fairness, performances are good across the board, with Chiwetel Ejiofor cast as Peter – I’m guessing to compensate for – Joaquin Phoenix as Jesus and Rooney Mara as Mary Magdalene. Tahar Rahim steals the spotlight from both of them as Judas.

The movie promises to tell Mary of Magdala’s story as an apostle to the apostles. Initially yes, as the plot starts in Mary’s beginnings as a young woman in a fishing village. She rejects the predetermined life of domesticity which her brothers mistake as a demonic possession. The rabbi comes in to heal her and of course finds none. After witnessing his miracles she decides to join the apostles.

After this bit of exposition the movie resumes with the same old Jesus story featuring a highlight reel including the resurrection of Lazarus, Palm Sunday, Last Supper and Crucifixion. The movie barely scratches the surface of Mary Magdala and her relationship with Christ. Too afraid of the theory that they were romantically involved, the two are left to exchange looks at sunset by the hillside with restrained dialogue. All the movie can do is use the same imagery of her floating to the surface from the depths of the sea to describe this intangible feeling of transcendence that he can relate with.

On the other hand the apostles are doing more interesting things and are given more shades of characterization – plotting on how to gain momentum, followers, and a faster way to eternal life.

This makes the apostles more interesting. At the same time, it highlights the leniency towards them. The movie posits that Mary is the one who figured out the message of Christianity while they only heard his promises, but gets blamed for the failure of what they think is a mission to help Jesus open the Kingdom of Heaven. The apostles continue on to be saints nonetheless, while she gets branded as the whore next the Virgin Mary as the Madonna. The story forgives them anyway – Peter’s denial is scrubbed away, Judas is turned into a misguided disciple and the whole lot of them as questionable yet devoted followers.

In the end, what you have here is a pretentious revisionist and faux feminist tale. Painterly visuals, sunset lit backdrops and a moving musical score can’t mask an unengaging story.

Mary Magdalene wants to tells us that Mary of Magdala is not a prostitute, but its safe monotonous approach affords no compelling reinvention.