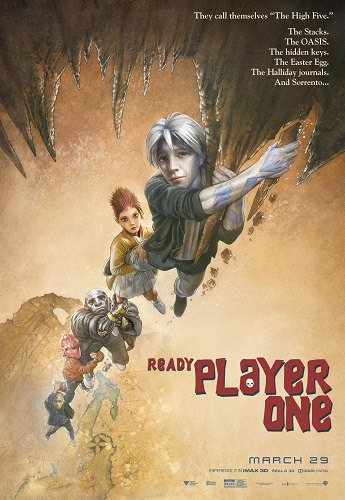 Ready Player One is a hollow forgettable fan service whose kaleidoscope of geek pop culture references isn’t enough to compensate for its empty avatars, contrived plot, and half-assed YA dystopia.

In 2045, the world is on the brink of chaos and collapse. But the people have found salvation in the OASIS, an expansive virtual reality universe created by the brilliant and eccentric James Halliday (Mark Rylance). When Halliday dies, he leaves his immense fortune to the first person to find a digital Easter egg he has hidden somewhere in the OASIS, sparking a contest that grips the entire world. When an unlikely young hero named Wade Watts (Tye Sheridan) decides to join the contest, he is hurled into a breakneck, reality-bending treasure hunt through a fantastical universe of mystery, discovery and danger. 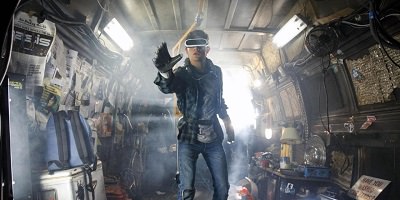 The Ready Player One book is so desperately written to be adapted into a movie that its eventual adaptation is no surprise.

The movie is not just a self-pat at least, with tweaks that turn a tediously descriptive geek fantasy into a condensed action adventure. Benefiting from all the CGI that the production budget can afford, its visuals are dazzling especially for all the audiences who came to watch this for the nostalgia. An avatar driving a DeLorean Time Machine racing in a track with obstacles that include the T-Rex and King Kong is enjoyable for both baby boomers and millennials. This is a movie that actually benefits from the artificial imagery in its story.

Unfortunately, no matter how much energetic the action sequences are, a kaleidoscope of pop culture references does not make a good film.

Plenty of movies nowadays bank on nostalgia. Apart from the remakes and reboots, you have movies that target older millennials and above who have the disposable income to afford merchandise. From the animated (Wreck it Ralph) to superhero (Guardians of the Galaxy) to buddy comedy (The Nice Guys) to Oscar bait (American Hustle), plenty of producers pick up stories from the good old days that remind audiences of their youth. You’re going to need more than just a bunch of gaming references.

Unfortunately, there’s nothing else underneath the visual effects. The movie is as much of a predictable and contrived hero journey as its source material in spite of the changes. 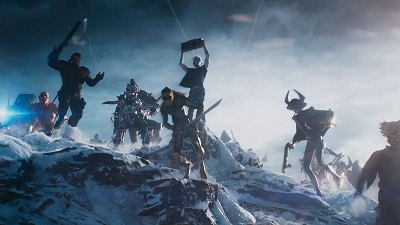 The shallow story has no sense of urgency because avatars have in-game items that they can conveniently use. Save for one nifty sequence, the pop culture references aren’t creatively integrated into the story so their novelty wears off eventually. The paint-by-the-numbers human characters are played by a cast with no stand out. Tye Sheridan belongs to the new crop of up and coming bland white actors as Ansel Elgort and Nick Robinson. Ben Mendelsohn easily steals every scene he’s in, but his skills have no match to a stereotypical corporate douche.

The script is eager to leave them behind for OASIS, but doesn’t give us anything to get invested in their journey. We’re supposed to root for a random kid from a dystopian future that doesn’t know how much of a dystopian world it is. There’s no real world stakes to make you care about his avatar.

In the end, what you really have here is a bunch of seamlessly rendered iconic images and fandom favorites fight each other.

There’s a better movie hiding inside this adaptation – a social commentary on how the virtual world can spare but detach us from reality and an immersive videogame adventure that isn’t just about flashing 80’s geek pop culture references on screen.

Unfortunately, the movie doesn’t have any aspirations to do more than what the book delivered. At the bare minimum, it couldn’t even give us characters to root for. It does have something to say in the end, but the movie didn’t earn nor gave us anything to believe it.

Ready Player One is a soulless piece of fan service that will eventually be replaced by another decades from now, probably with an alternate universe where Oprah is president and references to Game of Thrones.