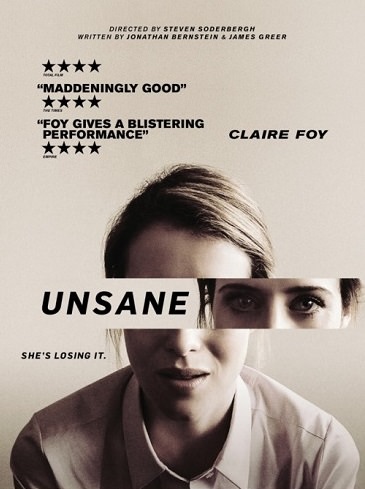 Unsane is a by-the-numbers stalker flick, but its social commentary, great performances, and docudrama aesthetic provides enough thrills to keep you engaged all throughout.

A young woman is involuntarily committed to a mental institution where she is confronted by her greatest fear – but is it real or is it a product of her delusion? 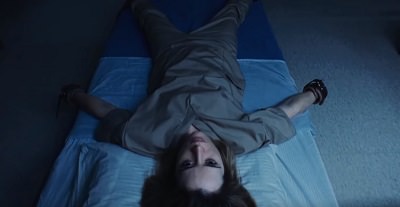 Shooting films on iPhones is cost-effective and easier than traditional filmmaking, but it could easily turn into a gimmick unless you know what you’re doing.

Unsane proudly wears its B-movie aesthetic and Soderbergh’s gambit pays off. The movie does benefit from his quick and dirty approach. Using close-ups, medium shots, and bare cinematography, the movie has a docudrama look and feel to it. Dimly lit halls and rooms establish a claustrophobic, isolated and creepy atmosphere that adds suspense to the story.

Claire Foy and Joshua Leonard both gave great performances, and the rest of the cast does well with what they’re given. Despite their textbook characterizations, the script gives them something interesting to work with that they look like people trapped by their circumstances and issues.

While the story is really nothing more than a potboiler, there are a lot of things going on in its familiar structure that will keep you engaged. A victim is pushed a into corner by both her stalker and the people who don’t believe her. Mental illness can be conveniently used for gaslighting. Mental institutions can prey on patients to fill their bed-capacity. A supposed treatment facility can turn into a prison where patients are reduced into a psychiatric diagnosis.

Unfortunately though, Unsane prefers to be a rote stalker thriller with gaping plot holes. There’s not enough here to make the plot twist surprising and the story is predictable.

Nonetheless, Unsane does end on an interesting note – mental illness is far more complex than being a brain disorder or abnormal behavior. It’s treatment can’t simply be solved by a pill or two too.

Unsane is not going to pull any surprises, but it is executed well enough to do what it set out to do and doesn’t settle on a trope.