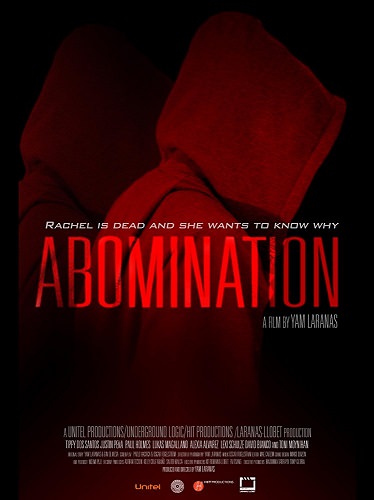 Abomination features a few good performances, but this mystery thriller is suspenseless, contrived and uninvolving no thanks to a cliched script with gaping plot holes and negligible characters.

A young woman is found unconscious in a city street – claims to be another person who was brutally murdered two months earlier – escapes from a psychiatric hospital in order to prove her identity and find the truth about her life, her death, and her murderer. 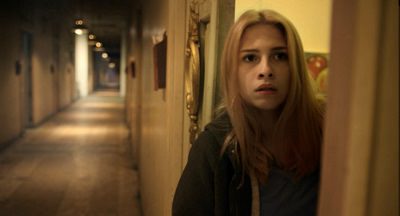 Film festivals enable independent low-budget movies to get exposure, more so for the films who can’t compete with mainstream ones.

Abomination is a mystery thriller that’s more mainstream than what is usually offered in Sinag Maynila. Nonetheless in terms of production and distribution it is still an indie film. After watching the movie I did a bit of research and found out that this was released in iTunes back in 2015 and I wasn’t surprised.

Abomination has a familiar premise but when executed well enough, could still be serviceable. Unfortunately this supposed mystery thriller is held back by a cliched and contrived script.

Abomination revolves around a trope involving mental illness. The movie jumps between the past and the present using horror cliches and contrived twists to fool the audience. This is a movie where a character can just walk into a house, become invisible and convince someone for plot convenience.

The narrative focuses mostly on a family melodrama plagued with generic domestic troubles. The movie tries to convince us that its lead is suspicious, but whatever ambiguity and drama it tries to conjure falls flat because of underwritten characters.  All of them are used as plot devices.

The world of these characters is odd, as the movie is filmed in the Philippines but made to look like it’s in the US. The production design is decent, but none of these places looked lived-in. The empty grocery store, the brick-walled school with narrow hallways, artificial backdrops, and white extras all combine to paint a place that looks like it’s somewhere but can be anywhere.

Cinematography is used to add suspense and tension, but random shots of buildings and extraneous slow motion doesn’t make it any better.

In the end when the plot twist is finally revealed and the movie explains everything, it only highlights its gaping plot holes and everything looks ridiculously contrived in hindsight.

There’s something here about seeing what we believe. Unfortunately instead of following through with its premise and exploring the malleability of our minds and memories, Abomination settles as an uninvolving B-movie mystery thriller about gaslighting.