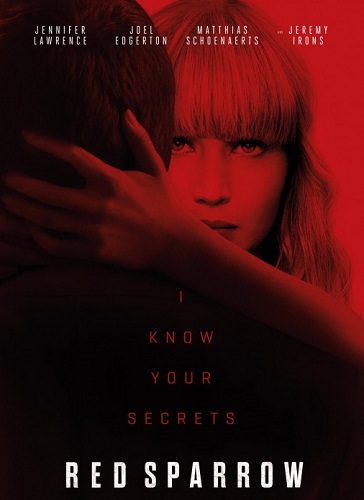 Red Sparrow features a committed performance from Jennifer Lawrence, but this sensual spy flick is marred by a repetitive plot, gratuitous violence, and a muddled story that prevents it from being the provocative thrill ride it aspires to be.

After a career-ending injury, Dominika and her mother are facing a bleak and uncertain future. That is why she finds herself manipulated into becoming the newest recruit for Sparrow School, a secret intelligence service that trains exceptional young people like her to use their bodies and minds as weapons. After enduring the perverse and sadistic training process, she emerges as the most dangerous Sparrow the program has ever produced. Dominika must now reconcile the person she was with the power she now commands, with her own life and everyone she cares about at risk, including an American CIA agent who tries to convince her he is the only person she can trust. 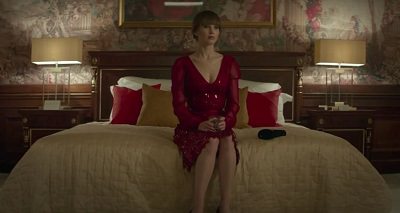 With the clamor for diversity and the #me too movement, there’s a critical focus on strong female characters that don’t just involve running around with a gun and a no bra revealing top.

Coming after the release of Atomic Blonde, Red Sparrow is another spy thriller featuring Jennifer Lawrence. No stranger to silent suffering characters she does a great job – despite the wavering Russian accent – portraying a survivalist that can see through people but is impossible to read. As a ballerina forced to work as a spy and trained to extract information by using seduction – and for Russia at that – you can already imagine how worse it could get.

Along with the rest of the cast and some elegant visuals, the Red Sparrow fits right in with Cold War thrillers of the 50’s and 60’s. There are interesting personalities on different sides – a drunk Marie Louise Parker, an icy Rampling, the handsome Schoenaerts, and Jeremy Iron’s voice. There’s deft camerawork, cinematography and musical score to compensate for the sadistic moments. It’s a rare Hollywood mood piece that isn’t an Oscar bait prestige picture or chamber drama.

Unfortunately, no matter how hard Lawrence tries the movie is more of an exploitation flick than a tale of survival.

The audience is told that Dominika’s body belongs to the state and the movie never deviates from its leering male gaze. Red Sparrow is La Femme Nikita with Black Widow’s back story and as interesting as this may sound, the script couldn’t make its cliche-ridden narrative compelling as it thinks it is.

The plot is repetitive, with Lawrence either enduring gratuitous violence or playing both sides through convoluted schemes. It doesn’t help that she and Joel Edgerton (CIA agent Nash) have no chemistry on top of a rushed romance, so whatever ambiguity that its trying to achieve is lost. You’re essentially trying to sit-through perverse moments – including torture scenes, sexual degradation, and rape – in a muddled story.

Red Sparrow fancies itself as an enjoyable thrill ride while making a statement about dehumanization and duplicity. In reality, it’s too disturbing to provide popcorn entertainment and uses the same violence it criticizes in its attempt to do so.

There are compelling ideas here. How people think they know you just because they’ve looked at you for a long time. The blurred lines between consent and espionage. Unfortunately, it’s too busy putting its lead through the wringer.