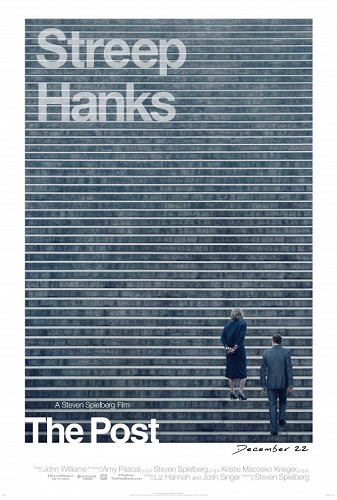 The Post is supported by great performances, but this timely prestige picture squanders its potential to be another dull Oscar bait no thanks to a superficial neatly packaged story that lacks a sense of urgency and biting social commentary.

Steven Spielberg directs Meryl Streep and Tom Hanks in The Post, a thrilling drama about the unlikely partnership between The Washington Post’s Katharine Graham (Streep), the first female publisher of a major American newspaper, and editor Ben Bradlee (Hanks), as they race to catch up with The New York Times to expose a massive cover-up of government secrets that spanned three decades and four U.S. Presidents. The two must overcome their differences as they risk their careers – and their very freedom – to help bring long-buried truths to light. 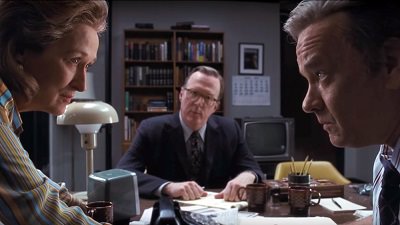 In an era of fake news, it’s only a matter of time before someone makes a journo-thriller. That is of course, if that person has genuine intentions to make a fitting social commentary instead of another film vying for Oscar glory.

Let’s set aside judgement for a moment. The Post does feature a handsomely staged drama that fittingly exhibits how information moves during a time when printed newspapers instead of mobile phones are paired with coffee. Even when the characters are just piecing together thousands of randomly stacked unpaginated papers copied from classified documents, there’s a sense of movement here.

The cast fills these moments with relatable enough characters. Even though the story tackles sexism, the plot doesn’t go out of its way to portray an understandably dominantly male cast as one-dimensionally evil. Instead, it features nuanced individuals who have their own perspective that adds tension to the story.

Unfortunately, no matter how predictably great Meryl Streep is, The Post squanders its potential by being no more than an actor’s showcase encased in a stereotypical prestige picture about sticking it to the man.

The Post is essentially about one question: will the Washington Post publish the article or not? This clear cut premise would have been better served had it focused on the obvious – the complications presented by its owner. There’s a conflict of interest as the press overlap with politics, the struggle of running a business while serving a legacy, and the difficult decision between pragmatism and integrity.

The movie is more interested in showcasing its Oscar-friendly typecast actors than tackling these compelling themes. It doesn’t help that this journo-procedural lacks one crucial element to make it thrilling – a reporter’s instinct for a story. The only thing that we get is Brad Badigikian making phone calls at a payphone and conveniently delivering the plot’s Deus ex Machina.

The Post can go into different interesting ways. Unfortunately, Spielberg’s naive emotional storytelling crippled a movie from showcasing the complications of politics and power that could’ve made it memorable. This would’ve fit right in with today’s post-truth Trump era, but its calculated narrative make its efforts superficial, including the dubbed phone conversations of Nixon.

The awards season strikes again and despite what the tick-tock trailer tells you, The Post is a dull predictable Oscar bait. For all its preaching about truth and journalistic integrity, The Post itself is fake news to further its own agenda.