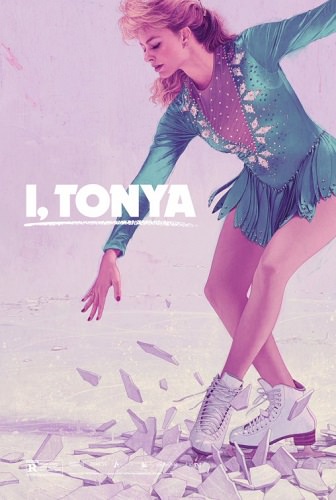 Albeit simplistic and glib, I, Tonya still manages to be a decent enough sports film and an entertaining tragicomedy thanks to clever editing, detailed production design, and great performances.

Based on unbelievable but true events, I, Tonya is the darkly comedic tale of American figure skater Tonya Harding and one of the most sensational scandals in sports history. Though Harding was the first American woman to complete a triple axel in competition, her legacy has forever been defined by her association with an infamous, ill-conceived and worse-executed attack on fellow Olympic competitor Nancy Kerrigan. [Neon] 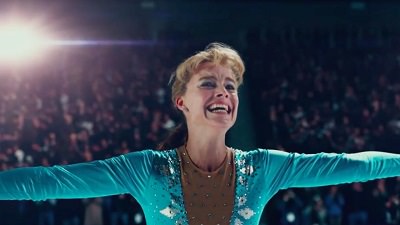 There are two things in 1991 that has made its mark in America – the mainstream popularity of grunge instigated by Nevermind, and the first American female skater to land a triple axel. Both came from scrappy individuals who subverted their respective industries and experienced something tragic. One of them is fondly remembered, while the other is reviled.

I, Tonya exhumes the story of Tonya Harding’s figure skating career. Skewing conventional autobiographies, the movie does everything that it shouldn’t – voice overs and unreliable narrators. It tackles class and the nature of truth under the guise of humor, two things plenty of us can relate to in 2018.

Margot Robbie proves that she’s more than just a pretty face here, surrounded by equally great performances. The characters give a documentary style commentary that the plot weaves together to trace Harding’s beginnings leading to the incident.

The performances and script combine with editing and production design to deliver scuzzy characters in a tongue-in-cheek biopic against a detailed backdrop. Robbie – a one time hockey player – was trained enough to deliver the less technical parts of the dynamic ice skating sequences which are left to the stunt doubles.

While I, Tonya is a fun movie to watch it has a simplistic understanding of its character and demands us to celebrate a questionable person.

There’s something intricately compelling about landing her first triple axel – for one moment Harding is able to achieve something beyond what her underprivileged life can never provide, found an escape from her toxic relationships and flip the bird to a subjective image-obsessed sport. Unfortunately the movie only scratches the surface of understanding her.

Instead the movie mines her story for dark comedy, poking at the tabloid obsessed public who live vicariously through other people’s demise yet does the same thing. She’s lampooned at every opportunity and surrounded by equally cartoonish characters, who nearly stole the movie away in the second act when the “incident” is finally mentioned. Set on playing it up for laughs, I, Tonya glosses over Harding’s involvement in the case all the while celebrating her indomitable spirit while the victim is just a passing figure.

Yes this is about her after all, but when you have a glamorized biopic of a woman who could have been involved in a violent attack (and the cast is also willing to play along for awards), its feels off to laugh along and empathize with a character that it’s obviously goading you to sympathize with.

In fairness, I, Tonya does fully admit that it is a wildly contradicting story and its narrators are untrustworthy (the real Harding has recently changed hers). This isn’t the first and last time that shady people gets Hollywoodized for profit and prestige (see: The Greatest Showman). It’s a decent enough sports film with a Coen brothers’ caper, unraveling like a trainwreck played in slow motion that you can’t look away.

The ultimate question though, is whether the public should apologize to Tonya Harding and give her redemption. The movie doesn’t make enough of a compelling case to answer or contemplate this, and some would immediately say no. But hey, at least you get to laugh at a disgraced figure skater who used a Jurassic Park theme for her performance.