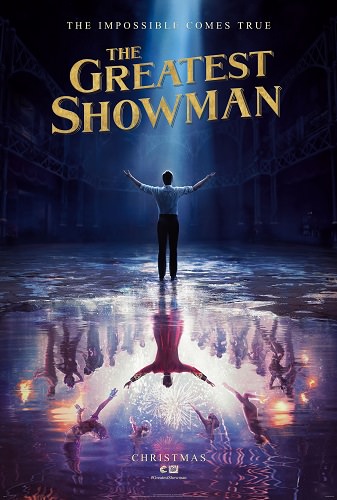 The Greatest Showman is an artificial piece of revisionism featuring a schmaltzy sugar-coated autobiography sold as an empowerment story that its talented cast can’t redeem.

Inspired by the ambition and imagination of P.T. Barnum, The Greatest Showman tells the story of a visionary who rose from nothing to create a mesmerizing spectacle that became a worldwide sensation. 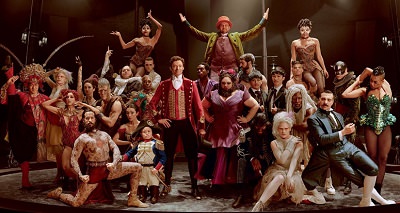 You can always count on Hollywood to airbrush history. The Greatest Showman wants to convince us that P.T. Barnum was a crusader for social justice.

There is something to enjoy in this spectacle. The cast are committed in selling this movie. Hugh Jackman is born for the role, whose acting chops and Broadway skills is enough to convince anyone who have little to no knowledge of who Barnum really is with this glossy version of his claim to fame. Zac Efron, who takes a step back into serious acting after shifting his career into dude bro comedies, manages to stand out along with Zendaya.

Unfortunately, no matter how much the movie tries to celebrate inclusiveness there’s an obvious thin veneer of showmanship that even a laugh sounds so precisely chimed in.

“This is Me” is the anthem of the movie but this empowerment song rings hollow as the script doesn’t give the circus performers any agency. Barnum drops them in the second act as he tours with Jenny Lind who enables the Prince of Humbugs to get validation from high society. This is the dramatic turning point in the boilerplate hero narrative but that’s too much to get into, so Lind is reduced to a home wrecker so Barnum achieves his self-realization. He goes back to his roots only to suffer a plot-calculated downfall and its the misfits who convince him to continue the show because he’s the best.

The Greatest Showman is not a cheerleader for the outcast. It’s a whitewashed schmaltzy autobiography.

The movie marches to the predictable beat of a rags to riches story about the Shakespeare of Advertising who charged 50 cents to watch a public autopsy of “Washington’s Amazing 160 year old Nanny”. Of course this is conveniently left out in the film.

If you’re looking for a sideshow and don’t give a damn about what’s hidden underneath, then The Greatest Showman would suffice. If you’re willing to get hoodwinked there are two show-stopping musical numbers along with sappy ballads, and pop anthems. The rest of the movie however, is as predictable as a Hallmark tribute.

The Greatest Showman is indeed about showbusiness, made to sell empty platitudes and pander to award shows with old-fashioned showmanship. Everything in this movie is artificial, from the backlot backdrop to the auto-tuned voices to the CGI animals. It does stay true to its central character after all, delivering a sugar-coated autobiography wrapped in a run-in-the-mill Oscar bait for profit and prestige.