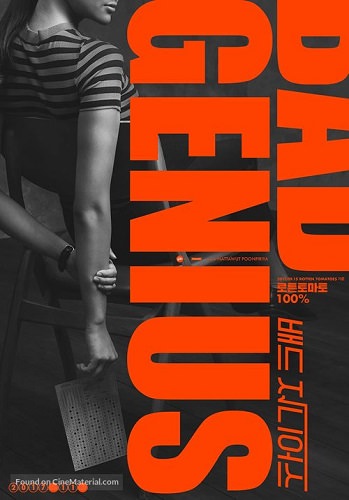 A poor high school genius creates a moneymaking scheme and finds herself in increasingly risky situations as she attempts to secure a better future for her and her recently divorced father. 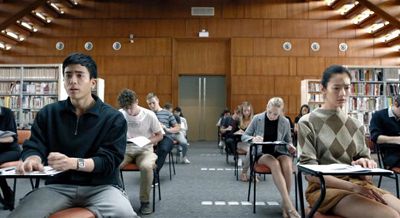 We’ve all been there – when you’re threatened with summer school, remediation classes, or simply getting grounded, cheating your way through a Math test becomes an understandable means of escape. But what if you take it a little further and earn money on the side?

Bad Genius is a unique movie that sets a heist story in high school. Who knew that a cheating trick involving an eraser and a shoe could be thrilling? Film direction, editing, and cinematography all work hand in hand to set and play out action sequences that even though they aren’t a matter of life and death, still remain suspenseful.

While the narrative is simple, the movie adds plenty of flourishes along the way that keeps things exciting. You have a poor genius who discovers that intelligence can only get you so far, especially when the reality of wealth, connections, and corruption outweigh honest hard work. Despite the movie zipping along to a breezy plot the characters are still well written that they help propel the story forward and turn it into a high stakes thriller.

Performances from the cast add emotional heft to the story. Lyn is intellectually gifted but too wrapped up in her own cleverness to see the big picture, Grace is charming but her friendship with Lyn could just be an act, Pat is entrepreneurial but callous, and Bank is noble but to the point of naivete.

The plot gets ludicrous as the four pull-off an overseas heist but the story remains grounded. There’s a subtle romance between Lyn and Bank but the narrative never losses sight of its premise. Misguided motivations can corrupt even the most principled underdog, but the movie doesn’t judge its characters.

The story ends with a moral lesson without being preachy. How you apply intelligence truly determines who you are and there’s a thin line between being smart and being devious.

Heist films are dime a dozen and if you look beyond Hollywood, there are gems who prove that you don’t need fast plots and empty action to be enjoyable.

Bad Genius is a clever heist film that also manages to be a relatable high school drama with narrative depth. There’s a subtle social commentary here – money affords privileges that those who deserve it will never have due to poverty, how the rich and well-connected can coast by, and how the oppressed can become enablers in their attempt to combat social inequality.