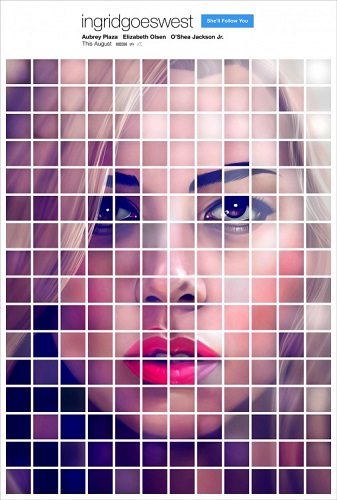 Ingrid Goes West is a smart cautionary tale that skewers millennial cliches to deliver an incisive commentary on social media and satire of its influencers, thanks to a sharp yet emphatic script and a great performance by Aubrey Plaza.

Ingrid Thorburn (Aubrey Plaza) is an unhinged social media stalker with a history of confusing “likes” for meaningful relationships. Taylor Sloane (Elizabeth Olsen) is an Instagram-famous “influencer” whose perfectly curated, boho-chic lifestyle becomes Ingrid’s latest obsession. When Ingrid moves to LA and manages to insinuate herself into the social media star’s life, their relationship quickly goes from #BFF to #WTF. 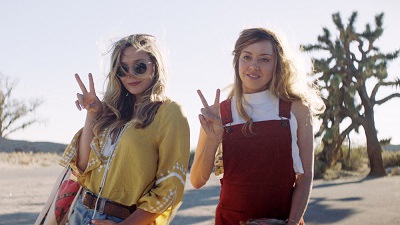 Millennials are often accused of being lazy, self-entitled and obsessed with their cellphones. This assumption isn’t hard to make once you see some dude cement his head inside a microwave, which is just among other things that many young millennials on You Tube do to make money off of views. If you’re waiting for someone to finally make a send-up for these kids, you can finally laugh with the rest of the baby boomers or older millennials who don’t identify with these technology-addled narcissists.

Ingrid Goes West is Single White Female with Instagram. The script doesn’t shy away from bitter truths and cringe humor, portraying a social media enabled stalker nipping at the heels of an Instagram influencer. There’s a lot of deadpan comedy here that’s right in the wheelhouse of Aubrey Plaza that you’ll laugh and feel sorry for her at the same time. Ingrid does everything to build a friendship with Taylor, including buying one of her husband’s tacky bare minimum effort art for $1200, whose “style” is bold capitalized hashtags painted on cheap generic paintings. Little did she now that they’re both fooling each other – a fake identity trying to appease a fake persona.

Aubrey Plaza is great as the unhinged Ingrid. Elizabeth Olsen is a perfect fit for a Boho chic Instagrammer. The rest of the cast add an amusing mix of characters who gets sucked into the world of these two, and not exactly for the better.

While it will make you wary of what picture you’re gonna post on Instagram, the movie makes one-sided jabs at millennials. It doesn’t go beyond LA stereotypes with plot convenient caricatures. There’s an interesting parallel here – both Ingrid and Taylor are living vicariously through an idealized image – but the movie doesn’t offer a nuanced perspective from each side.

Nonetheless, Ingrid Goes West is a smart funny satire that accurately portrays the vapidness of social media. A lot of people readily divulge their personal information on its many platforms, which is littered with curated personas. It’s easy to fall for your own hype, even though its actually built on flimsy virtual connections. These engagements can provide instant validation and attention, to the point that some people will do anything for it or take advantage of it.

In the end Ingrid may have learned a thing or two by being honest for once but in a world that’s one app away, her journey might as well be a lesson for improvement rather than a cautionary tale.

Ingrid Goes West warns us against social media stalkers and drinking somebody else’ Kool-Aid, but its most potent lesson of all is that at the end of the day, you’re still interfacing with a screen where the truth can be hidden behind staged filtered images.