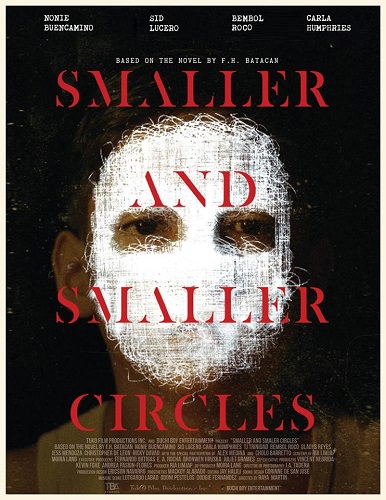 Smaller and Smaller Circles succeeds as a social commentary against the overlapping corruption in Philippine institutions, but this adaptation dilutes the potency of its source material.

A serial killer in Payatas leaves the bodies of young boys in the dump as two Jesuit priests try to solve the murders. 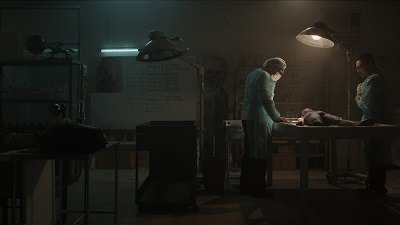 The root of the problem in the Philippines is the vicious cycle of corruption than renders its social problems incurable. Poverty and violence has become the norm in the country, where the poor are the most exploited yet also treated as disposable.

Smaller and Smaller Circles tackle these topics through a horrible crime by a mysterious serial killer. It’s no stretch of an imagination that the systemic inefficiencies and corruption that beset two Jesuit priest in the 90’s still exist today – unreported crimes, incomplete records and self-serving egos.  Saddest is the fact that the neglect towards the victims in a crime fiction is similar to the indifference towards the collateral damage in the war of drugs in real life. The poor are helpless against a system controlled by politicians that only care about their votes come election day.

This movie is well made – lighting, production design, and colors are used to set an atmosphere and setting. Old school sleuthing, period details, and bleak cinematography gives it a mainstream polish. There’s a subtle use of colors too – the protagonists are garbed in black while the antagonists are all in white.

While Smaller and Smaller Circles looks great even though it’s produced by an indie outfit, changes made to the source material shifts its priorities to somewhere less compelling.

The script is focused on highlighting the systemic and social problems that the Jesuit priests encounter, diluting the potency of the source material. Here, clues are dropped early or nonchalantly. There is no build-up and sense of urgency. The movie tries to compensate this with subplots through other characters – and the cast does a good job – but they’re simplified versions of their book counterparts.

While the book does include plenty of details on a corrupt and inefficient institutions, the gist of it is the product of these overlapping broken systems. The movie’s plot uses a clever narrative device that provides the audience a peek into the killers’ mind, but changes to the story in the second half robs the movie of the gravitas and cathartic conclusion laid out by the book.

The Filipino audience has already been reminded time and time again about the vicious cycle of violence and oppression in the country. The movie would’ve benefited more from a compelling procedural, where the detectives’ motives is to understand and save a serial killer who benefits from the same corruption and neglect that made him who he is.