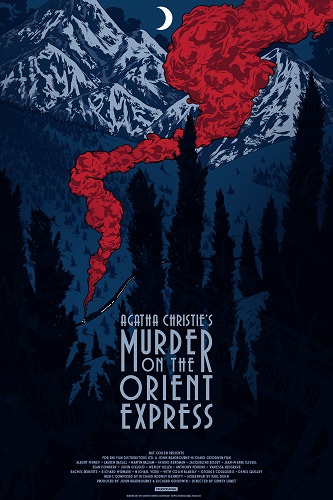 Murder on the Orient Express is a dull lackluster reboot and pointless vanity project that adds nothing to an already adapted story, no thanks to a self-indulgent script and revolving door of caricatures.

What starts out as a lavish train ride through Europe quickly unfolds into one of the most stylish, suspenseful and thrilling mysteries ever told. From the novel by best-selling author Agatha Christie, Murder on the Orient Express tells the tale of thirteen strangers stranded on a train, where everyone’s a suspect. One man must race against time to solve the puzzle before the murderer strikes again. 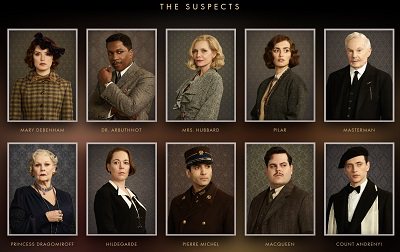 With all the blockbusters filling cinemas, we all need a story to stir our senses the good old-fashioned way that doesn’t involve ugly CGI or insipid doomsday ideas.

He’s joined by a star-studded cast who are all period accurate coiffed and dressed. The scenery outside the Orient Express is a lot of digital trickery, but the interior is moody enough and the costumes are detailed.

Past its good looks, there’s nothing else to the Murder on the Orient Express because the new version of Hercule Poirot eclipses everything else.

Branagh’s version of the character is modified to suit the tastes of a new audience who have a short attention span, so his Poirot is a perfectionist, idiot savant, and secret hopeless romantic who  doesn’t mind some derring-do, far removed from the celibate old models who solely use their words and critical-thinking.This would have been forgivable had the movie been exciting or offered something else from the previous adaptation. 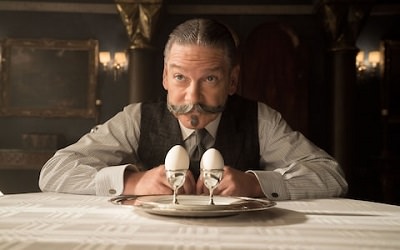 Instead, the story spends a bigger chunk of time on his character and given a reluctant hero arc. So we have a protracted prologue and a variety of Branagh chewing the scenery, displaying his characters’ many quirks including an obsession with precisely identical sized soft-boiled eggs.

This leaves little for the rest of the movie that’s already saddled with a revolving door of characters. The cast do what they can to inject life to these caricatures, but they’re as disposable as the furniture on board.

The rest of the plot is a bunch of interviews that reveals little of how each character is truly connected to the case. Clues are thrown around and missing pieces are clumsily inserted that the whole deduction is far-fetched. Whatever impact the truth is supposed to have is diminished because there’s no character to care about.

While production design is convincing, its musical score and cinematography is nothing notable, which the 1974 adaptation excelled in to make its multiplayer whodunit memorable.

In the end, Murder on the Orient Express is merely a vanity project for Kenneth Branagh to portray Hercule Poirot. It has no sense of mystery, tension or urgency whatsoever. It adds nothing to the 1974 adaptation too. It’s a dull and unnecessary remake that’s only saved by its timely release.