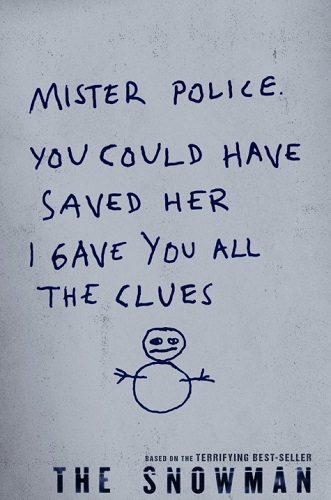 The Snowman is to crime thrillers as what The Room is to romantic dramas – pointless, nonsensical, and laughable.

When an elite crime squad’s lead detective (Michael Fassbender) investigates the disappearance of a victim on the first snow of winter, he fears an elusive serial killer may be active again. With the help of a brilliant recruit (Rebecca Ferguson), the cop must connect decades-old cold cases to the brutal new one if he hopes to outwit this unthinkable evil before the next snowfall. 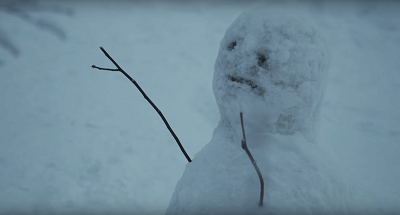 There’s something about Scandinavia that we don’t see past the quaint cities and stunning snow-capped mountain slopes. It’s the source of good thrillers such as The Girl with the Dragon Tattoo and Headhunters. That or maybe the snow leads to some very inspiring work that Nordic Noir is a genre of its own. The Snowman is an adaptation of the 7th installment in a detective series about Harry Hole.

Unfortunately though, despite the talented actors and crew behind it, something went very wrong along the way that you’re left with a dull sloppy mess that vaguely resembles a movie.

The Snowman is an introduction to Harry Hole, pronounced differently but everyone in the movie just pronounces it as Hole, a stereotypical fucked up genius. The script never shows the genius side however and just points out how much of a mess he is – a mopey alcoholic shitty father – and the rest of the movie follows suit.

The incoherent story is a blend of subplots that go nowhere, half-assed detective work, and a supernatural villain. You’d have to sit through pointless intrigue – including Val Kilmer given a botched audio sync – and a case with no suspects and witnesses. Hole keeps conveniently stumbling upon clues, and yet couldn’t see the evidence in the first crime scene that would’ve solved everything. 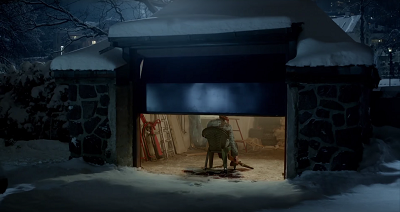 Micheal Fassbender looks completely uninterested here. In fairness it makes sense because Harry Hole doesn’t seem to give a fuck as he grumpily goes through the motions of working on a case. The rest of the characters are also stereotypes, but at least their performance break the dullness of it all. Rebecca Ferguson carries the movie as she lugs around some police device so bulky she had to clear one-fourth of a bookshelf for it. Even though Charlotte Gainsbourg is used in a cringey sex scene and J.K. Simmons makes a Norwegian accent audibly hiding his own, they’re making more effort than the rest of the movie.

The Snowman has no character development, mystery, suspense, and payoff. The movie has an interesting trailer that makes you curious about the snowman. None of that makes it into the film and the snowmen are silly instead of creepy. Dr. Who managed to do it, but this movie is crippled by a generic villain.

The ending is telegraphed by the beginning, when Hole is given the final clue after mucking around. The worse part is, the movie actually sets itself up for a sequel. Maybe they didn’t think it would be that awful. Nonetheless, that’s a distant dream now.

There’s a fittingly bleak atmospheric cinematography here that tells us that the movie has an idea of what it’s supposed to do. Unfortunately the execution of it, from the script to the editing, is all too much of a mess. This is a movie where a man throws a woman to the ground and pins her body with his full weight to stage an emotional moment. And a serial killer who magically doesn’t leave tracks on the snow.

Director Tomas Alfredson goes in defense after it was released. Still, when 10-15% percent of the script wasn’t shot and re-shots were made but parts of the story is still missing, someone clearly made a mistake.

Unfortunately whatever attempts made to salvage the disaster remained futile. The Snowman is another one of those big-budget bad films that ruined a good novel and it doesn’t make any sense.