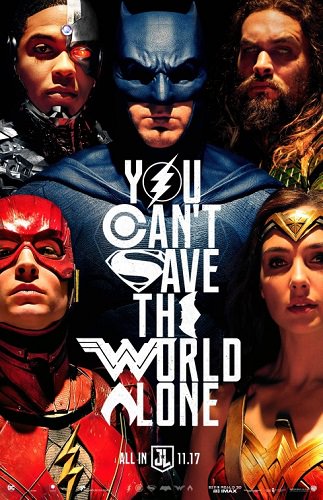 Justice League is a garish, incoherent, cumbersome mess as DCEU tries to launch a wide-scale franchise without any of the origins groundwork in its attempt to catch up with MCU.

Fueled by his restored faith in humanity and inspired by Superman’s selfless act, Bruce Wayne enlists the help of his newfound ally, Diana Prince, to face an even greater enemy. Together, Batman and Wonder Woman work quickly to find and recruit a team of metahumans to stand against this newly awakened threat. But despite the formation of this unprecedented league of heroes—Batman, Wonder Woman, Aquaman, Cyborg and The Flash—it may already be too late to save the planet from an assault of catastrophic proportions. [Warner Bros.] 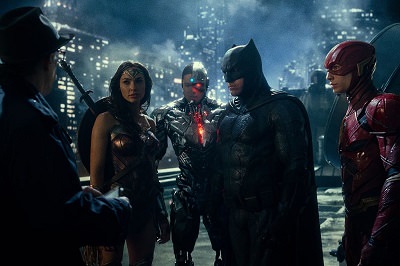 I loved Justice League the animated series, so I didn’t mind seeing this in live-action. Unfortunately even with lowered expectations, Wonder Woman remains to be the only memorable franchise in DCEU.

Justice League is used as a shortcut for DCEU to catch-up with Marvel, whose much anticipated Infinity War will rake in billions of dollars worldwide. With only two hours to spare lest the short-attention spanned audiences doze off, the movie ends up becoming a hodgepodge of disparate elements.

The plot takes a mad rush to put the pieces in place. When an alien creature appears Batman immediately deduces that its a global imminent threat. He and Wonder Woman jumpstart a recruitment program with no time to build a group dynamic.

Ben Affleck plays a Batman who’s one stare away from becoming a statue. Ezra Miller plays The Flash, whose reduced to a replica of Spider-Man from Homecoming. Fellow newcomer Ray Fisher does his best, but Cyborg looks like a floating head devoid of personality. Gal Gadot supplies most of the charisma as Wonder Woman. Jason Momoa helps and manages to turn the smug loner Aquaman into the only other character to be excited about.

The characters are reduced to their basic attributes so the movie can juggle multiple backstories along with a lengthy exposition of alliances and old history. When not making witty one-liners, they become ciphers to move the plot forward.

Joss Whedon co-wrote and briefly filled in the director’s chair so DCEU gets a sense of humor. I didn’t mind the levity but the movie ended up as an Avengers wannabe. 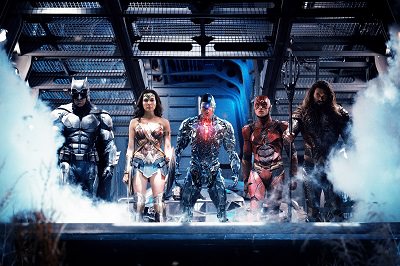 So the big bad is from another dimension searching for dangerous boxes. Steppenwolf sits next to Malekith as one of the worst adapted villains of all time with vague motivations, videogame stock henchmen, and a ridiculous conquest ritual. Naturally, our band of heroes must set aside their differences to disable a thing that triggers something or else this Minotaur in metal armor will destroy the world.

This badly rendered CGI is only a part of the garish visuals in the movie. Snyder still directed a bigger chunk of the film, so everything is desaturated and the setting is a backdrop of more CGI. For a movie that aims to show us a safe brighter world with a league of heroes, everything looks dreary. You also have a depressing Danny Elfman score combined with cheesy rock covers.

As the standard issue showdown rolls in, the movie tries to make a big deal out of the newly formed Justice League. Since they banded together because of a McGuffin its as weightless as the CGI. The action scenes are distracting enough but are used to highlight their individual superpowers rather than you know, fight as a team because the movie is saddled by showcasing its future cash cows. Even with this, there’s nothing memorable when compared to better executed ensemble superhero movies already released. Overall, its general pandemonium sprinkled with Snyder’s slow-motion fetish. Wonder Woman is the brightest spot in this movie but Gal Gadot can’t save Justice League.

In the end the movie tries to hammer in a half-baked theme with political undertones. None of it registers as Justice League is really just a demo reel. Since there is no origins groundwork everything feels rushed and underdeveloped. The result is another cumbersome mess with DCEU shooting itself in the foot.