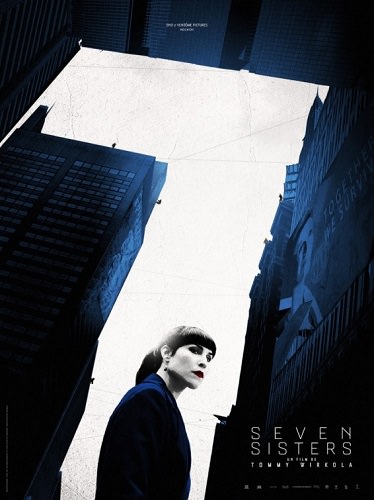 What Happened to Monday is supported by a committed performance by Noomi Rapace, but she’s overshadowed by a Dystopian tale that wastes its intriguing premise and becomes a predictable, cliched and derivative sci-fi thriller.

In a not so distant future, where overpopulation and famine have forced governments to undertake a drastic One-Child Policy, seven identical sisters (Noomi Rapace) live a hide-and-seek existence pursued by the Child Allocation Bureau. Taught by their grandfather (Willem Dafoe) who raised and named them – Monday, Tuesday, Wednesday, Thursday, Friday, Saturday and Sunday – each can go outside once a week as their common identity, but are only free to be themselves in the prison of their own apartment. That is until, one day, Monday does not come home. 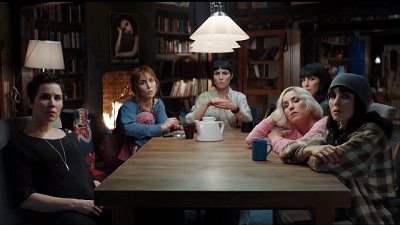 What Happened to Monday (aka Seven Sisters) tackles overpopulation to present its own take on the-planet-earth-is-doomed-sci-fi, with mediocre results.

The movie does have an interesting premise. Seven identical sisters take turns in assuming one identity, each going out depending on the day of the week they’re named after. Noomi Rapace does well enough that you don’t mind having 7 of her instead of 1.

The rote gun fights here is nothing to talk about, but the movie has gory violence to keep thrill seeking audience entertained. If you want to see Noomi fight and die in different ways, then this movie has plenty of that for you.

However, these elements are intermittently entertaining. The movie is ultimately weighed down by a story that’s too contrived to suspend disbelief yet takes itself too seriously, follows a cliched plot, and filled with cardboard characters.

It has relevant ideas but doesn’t have its own compelling vision of a repressive Dystopian regime. Its concept of overpopulation go as far as shooting scenes with a bunch of extras to present overcrowded streets. Its central logic revolves around an entire world that has forgotten about contraception or no scientist had the common sense to suggest for an unknown reason. Instead it adopts a one-child policy. Yet in a world with limited resources and draconian measures of population control, it’s easy to commit multiple identity fraud that they won’t even check why one Karen Settman is buying food that’s enough to feed 7 people. 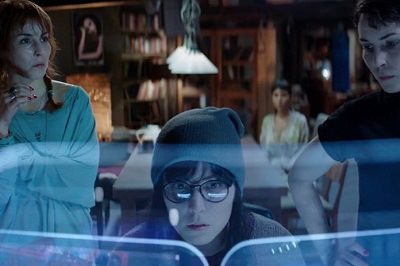 It doesn’t help that contrivances continue to pile up along the way, leading to a predictable plot with big holes. The movie marches to the formulaic beat of an ambitious villain covertly getting rid of an obstacle on her way to a position of greater power. The storytelling here is so derivative that you’ll know the twists 10 minutes into the movie.

The Settman siblings are up against a two-bit villain played by an underutilized Glenn Close (she’s also in a better Dystopian movie The Girl with All the Gifts). The rest of the characters are forgettable, with an awkwardly injected sex scene involving the soon to be Jafar Marwan Kenzari in the live-action Lion King reboot. Rapace does what she can to inject emotional depth into all versions of her but they’re too one-dimensional (the nerd, the rebel, the party girl etc.) that you’ll eventually lose track which weekday is on screen.

The movie ends with, well how else would a cliched story deal with a power-hungry bureaucrat?

If the script capitalized on the talent of its lead actress rather than stick her into a B-movie plot, What Happened to Monday could’ve have been an intriguing sci-fi about birth control and female agency. There’s something to be said about how a man’s scheme to protect his granddaughters end up as repressive as the world they’re fighting against. Sadly it doesn’t have the creativity nor smarts of Orphan Black.

What Happened to Monday likes to believe that it is smart with a grand statement about mankind’s future. In reality it’s a dumb sci-fi thriller that plays it safe, wasting an intriguing premise and a talented cast.