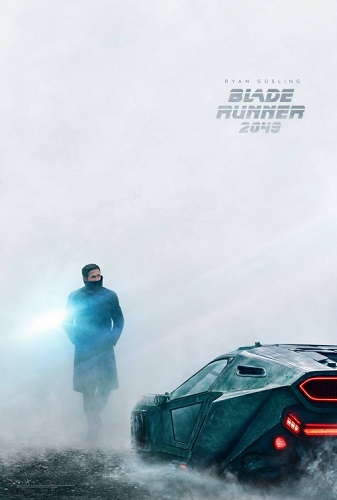 Blade Runner 2049 is a satisfying and purposeful sequel thanks to a dutiful script, great performances, and stunning visuals but its calculated narrative and imagery also make it an overlong sterile sci-fi flick.

Thirty years after the events of the first film, a new blade runner, LAPD Officer K (Ryan Gosling), unearths a long-buried secret that has the potential to plunge what’s left of society into chaos. K’s discovery leads him on a quest to find Rick Deckard (Harrison Ford), a former LAPD blade runner who has been missing for 30 years. 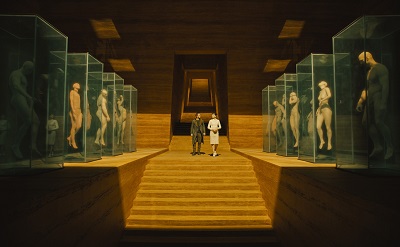 Amidst all the unnecessary sequels that we’ve been handed, here comes a long-gestating follow-up that many have been waiting. Blade Runner 2049 finally comes around more than three decades later, in a time where its predecessor and its peers have envisioned to have flying cars but sadly are still yet to exist.

Blade Runner 2049 has stratospheric expectations to meet, being the sequel to a groundbreaking movie that has influenced all – if not most – sci-fi movies that have existed after it. Fortunately for its fans and the millennials who have discovered it, they’re treated to a dutiful script that pays homage to the original and moves the franchise forward.

Followings the footsteps of its predecessor, we have a new detective who discovers a buried secret that may destroy the order of a world that was already once thrown into chaos. The plot flips the typical chosen-one narrative and organically expands the themes of the original. Blade Runner 2049 still tackles what it means to be human and the malleability of memories.

Performances here are great across the board, with Ryan Gosling filling the role of Harrison Ford as Blade Runner. They both embody that charismatic stoic with a tender soul. Batista is proving to be a decent character actor. Of course, there are recurring characters.

They inhabit a world that is crowded yet also depopulated. The narrative is wider in scope with visuals that have Asian influences. It’s a combination of high-tech and corrosion with despair and wistfulness floating at the surface.

The pairing of Denis Villenueve and Roger Deakins (whose collaboration also gave us the well received Prisoners and Sicario) make this elegant cinematography possible. The clever use of negative space, color palette, lighting, symmetry, and references to the original create stunning compositions. Whether its Japanese-interior inspired lair of Niander Wallace, the mosaic patchwork of synthetic farms, or the abandoned city that enabled Deckard to elude other Blade Runners, it’s like visiting a series of interconnected worlds. 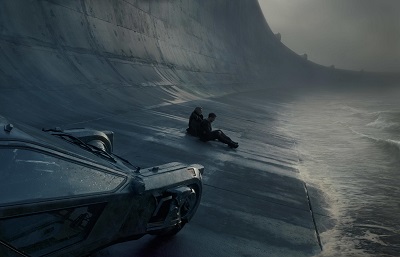 While all of this make Blade Runner 2049 a satisfying sequel for fans, it’s an overlong sterile behemoth that’s crippled by its own posturing.

While it does manage to create memorable visuals that every movie fan has geeked over in the past few days, it’s preoccupied with making scenes and turning every frame into a wallpaper worthy movie still, which in turn sets the plot at a glacial pace. A fight scene has to be extended so it can have a shot of K’s fractured reflection on the water.

These perfectly curated images also strips the movie of the grit and atmosphere needed to turn it into lived-in neo-noir. Blade Runner imagined a cyberpunk world of overpopulation and decay, as well as use a vision of creative excess to build an artificial environment that reflected its central theme. 2049 is decorated with streamlined skylines and desolate yet composed ruins punctuated by a loud and monotonous musical score.

This also extends to its narrative. 2049 is really just a thriller. The original laid out its ideas through a simple but detailed picture that commanded closer inspection. It’s sequel is a mystery puzzle that only needs one missing piece to be put in place.

The movie is also too mired in this one-note grimness that it lacks emotional heft. While there’s little Jared Leto, the Blade Runner 2049 lacks a memorable antagonist to break this and preserve the original’s core theme of moral ambiguity. The supporting characters are saved by acting performances, but then this is about K after all, who serves as a good enough vehicle for the plot to move along.

In fairness to the makers behind 2049, making this sequel is a huge responsibility and for the most part they succeeded. Even though its parts are better than the sum of its whole it’s undeniable that Blade Runner 2049 is a well crafted sequel. It looks back long enough and takes a step forward. It resurrects a spectacle and infuses it with its own distinct vision. It still asks the same questions albeit not too deeply, keeps the inquisitive spirit of the original alive.

Blade Runner 2049 is not as gritty, haunting, and powerful as its predecessor. It doesn’t suggests anything more underneath its pretty and polished surface. It still imagines a white future. Still, it can’t be denied that it is a wonderful spectacle on its own that needs to be experienced in the cinema.