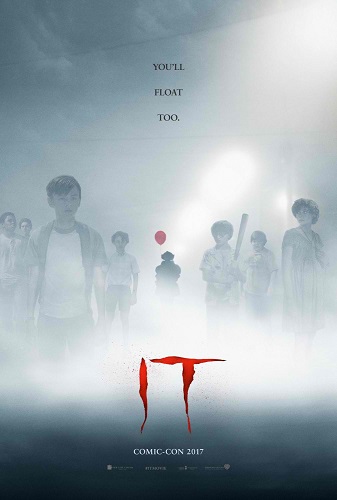 Thanks to great performances, character dynamics, and well-staged scares, IT is a veritable first chapter to a popular Kinglore that is able to capture the essence of its source material and deliver enjoyable scares.

When children begin to disappear in the town of Derry, Maine, a group of young kids are faced with their biggest fears when they square off against an evil clown named Pennywise, whose history of murder and violence dates back for centuries. 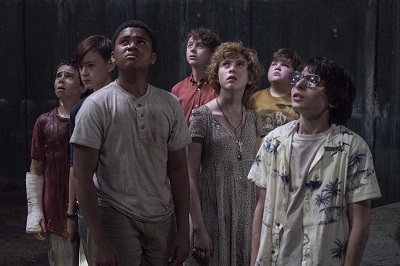 After a watered down TV mini-series of IT back in the 90’s, fans have been hungry for a fittingly scary adaptation that is true to its source material. Well folks, that time has come.

The makers behind this 2017 reboot wisely made the decision to separate its adaptation into manageable chunks, as the mammoth source material covers a lot of ground. Any Stephen King reader knows that he has no reservations in including chapters solely for a historical backstory and IT is no exception to his OTT detailing.

The first chapter focuses on The Loser’s Club. Thanks to perfect casting, the kids here are close to their book counterparts. Their group dynamics are great, so the friendship and flirtations onscreen are believable. It’s admirable how the movie subtly handled the love story while also showing the awkwardness that comes in male-female friendships during puberty.

The performances are great across the board so when the Beverly shows who she clearly favors, you can’t help but feel sorry for Ben. This tender moments elicited a collective “aaawww” from the audience in the press screening I attended and I can’t help but chime in.

Likewise, when the scares starts, its not hard to be scared along with them. The horror scenes are well-staged and vivid. The movie commits to its premise and doesn’t shy away from disturbing imagery involving children – this is a movie where kids say fuck you and limbs get ripped off. The time period was moved from the 50’s to the 80’s (I’m guessing to make it more relatable to millennials) but the production design does well enough that you don’t find yourself Googling about Derry. 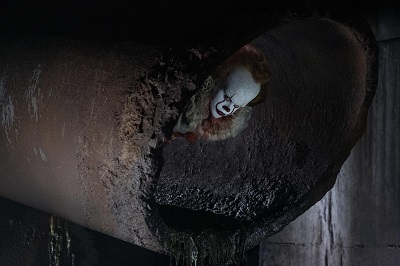 The movie stayed close to the source material to visualize common childhood fears, executed well enough to feel familiar rather than cliched. Of course the star is a scary clown, a fear that a lot of people share regardless of age.

Pennywise alternates between being coy and outright launching into rabid hysterics with clawed hands reaching out, much to the “enjoyment” of the viewers in their seats with the creepy clown getting right up to their fucking face. Bill Skarsgard is a perfect fit for the role and he can look creepy even without make-up.

While much praise has been said about IT, the movie relies on a hefty amount of jump scares that while everything is perfectly set-up, it doesn’t leave much to the imagination.

So if you’re one of those horror fans who prefer an atmospheric slow burn that quietly sets chills down your spine like The Witch, this movie isn’t for you. It’s an intense train ride that only stops to drop in key details and add shades of characterization. Essentially, it’s a bunch of intense creepy set-ups stringed together, with no time for the coming-of-age tale that accompanied it in the book.

Still, the movie does what it set out to do. IT is a movie about a murdering clown terrorizing a bunch of kids. The movie has the ability to imprint itself on your brain, like seeing the afterimage of a flashing light bulb behind your eyelids. More importantly the movie is able to capture what the book is really about – while Pennywise is the villain, the real monsters are the adults.